Telecom Ministry is currently awaiting the views of Law Ministry on in-flight connectivity rules and is hopeful of notifying the norms soon thereafter, telecom minister Sinha has said. 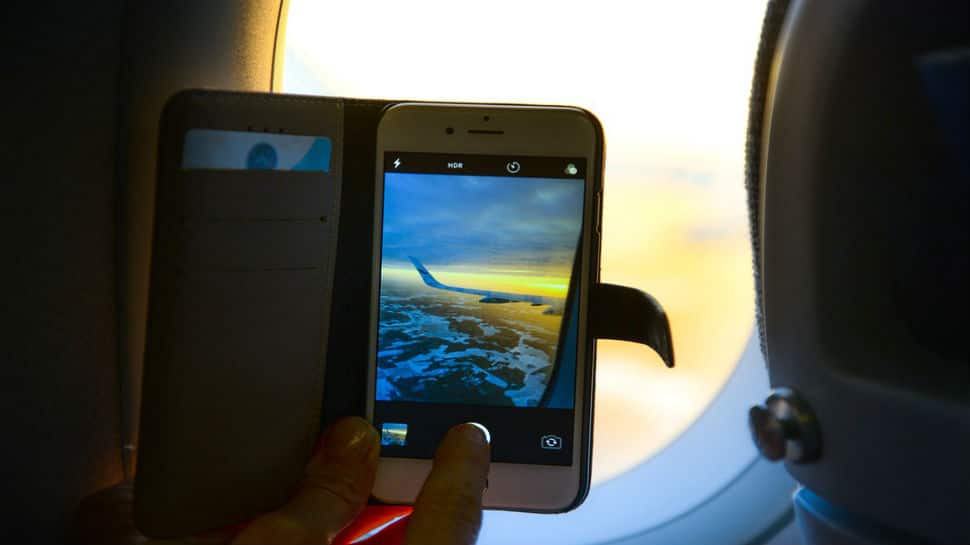 New Delhi: Rules to allow use of mobile phones for making calls and internet surfing during flights in the Indian airspace could come as early as January, after Law Ministry gives its concurrence, telecom minister Manoj Sinha indicated on Wednesday.

Telecom Ministry is currently awaiting the views of Law Ministry on in-flight connectivity rules and is hopeful of notifying the norms soon thereafter, Sinha said.

"We have sought permission of Law Ministry, once that comes through...I believe that it will come in week or ten days....Then we can start it," Sinha told reporters here.

Asked if the Ministry expects to notify the rules by the start of the new year, the Minister said, he is hopeful that it will be the case.

On May 1, the Telecom Commission - the highest policy-making body of Department of Telecom (DoT) - had cleared a proposal for allowing wider in-flight connectivity that is now available in most of the developed markets.

The decision is expected to pave the way for travellers to use internet and voice services on mobile phone during flights in the Indian airspace. In-flight connectivity norms will also cover maritime transport.

On the issue of whether the coverage should extend to territorial waters or Exclusive Economic Zone (EEZ), a senior official aware of the ongoing discussions said, the Communications Ministry is of the view that the international best practices should be followed.

Territorial water extends up to 12 nautical miles (around 22 kilometers) from coastal line of the country, while EEZ covers up to 200 nautical miles.

"We have said...And the notification hopefully will say that we are aligned on international law on this, which is synched with EEZ. We are trying to fine tune the language," the official said.

Government has, in the past, said it is committed to ensuring the earliest implementation of the inflight connectivity framework. Major airlines, including Air India and Vistara, have welcomed the government's decision on permitting in-flight connectivity.

A separate category of licencees - in-flight service providers - will be created for offering such services, and licence fee for such niche providers will be pegged at Re 1.

On the successful launch of India's heaviest satellite GSAT-11 from French Guiana, Sinha said that the move would provide a big boost to data connectivity, especially in the north eastern and hilly states.

"It will bring a new revolution in the area of communications, particularly providing a big boost to the Bharat Net program in north eastern and hilly states, where high speed data will be available. We will be able to provide high-speed data connectivity in those areas," the Minister added.

GSAT-11 -- that would boost broadband services in the country, was successfully launched by an Arianespace rocket from the French Guiana in the early hours of Wednesday.

Sinha further said that he is confident that rural broadband outreach program Bharat Net, would be completed within its scheduled timeline of March 2019.

"Bharat Net's first phase was completed last year, and a lot of work for second phase is underway. We will be able to meet the target of March 2019," Sinha said.