The petition sought the top court's direction to the CBI for placing its status report in the case either before it or a Jurisdictional Magistrate. 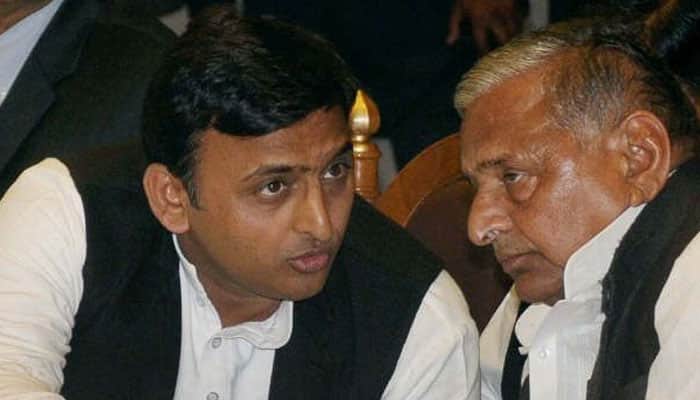 NEW DELHI: A petition has been filed in the Supreme Court seeking its direction for the Central Bureau of Investigation (CBI) to place before it the status report of its investigation into the alleged disproportionate assets gathered by Samajwadi Party founder Mulayam Singh Yadav and his son Akhilesh Yadav.

The petition sought the top court's direction to the CBI for placing its status report in the case either before the top court or a Jurisdictional Magistrate.

A petition has been filed in Supreme Court seeking direction for CBI to place before it or Jurisdictional Magistrate the status report of investigation carried out by CBI into alleged disproportionate assets gathered by Samajwadi Party chief Akhilesh Yadav and Mulayam Singh Yadav pic.twitter.com/wHWJ5MXSsB

It may be recalled that the central probe agency has initiated a probe into the alleged disproportionate assets gathered by the father-son duo some times back and the case has witnessed many twists and turns so far.

The CBI probe against the father-son duo was ordered during the Congress-led UPA government's tenure.

In 2007, the top court had ordered the CBI to go ahead with the probe against Samajwadi Party founder Mulayam Singh Yadav and his son UP Chief Minister Akhilesh Yadav in a disproportionate assets case.

The top court ordered a CBI inquiry on March 1, 2007, into the alleged accumulation of disproportionate assets by the Yadav family, on public interest litigation (PIL) by an advocate, Vishwanath Chaturvedi, reportedly a Congress leader.

The apex court, however, dropped the CBI probe against Dimple Yadav, daughter-in-law of Mulayam and wife of Akhilesh Yadav, saying that she was not holding any public office and she was only a private person holding no position.

The top court had ordered a CBI inquiry against the Yadav family in response to a Public Interest Litigation (PIL) by an advocate, Vishwanath Chaturvedi, reportedly a Congress leader.

“BJP has shown its colours- that it would use everything at its disposal, including CBI. However, the BJP should remember that it would also be faced with the same culture of vendetta in the times to come as it is now leaving,” Akhilesh said in Lucknow last month.

The remarks from Akhilesh came after the CBI searched 14 places in connection with its FIR against 11 persons including IAS officer B Chandrakala, Samajwadi Party MLC Ramesh Kumar Mishra and Bahujan Samajwadi Party (BSP) leader Sanjay Dixit to probe alleged illegal mining of minerals in Hamirpur district during 2012-16.

Akhilesh was Uttar Pradesh's chief minister between 2012 and 2017 and held the mining portfolio during 2012-13.