BJP leader Smriti Irani had to skip a rally in Birbhum on Wednesday as the pilot refused to take off the helicopter after permissible time limit. 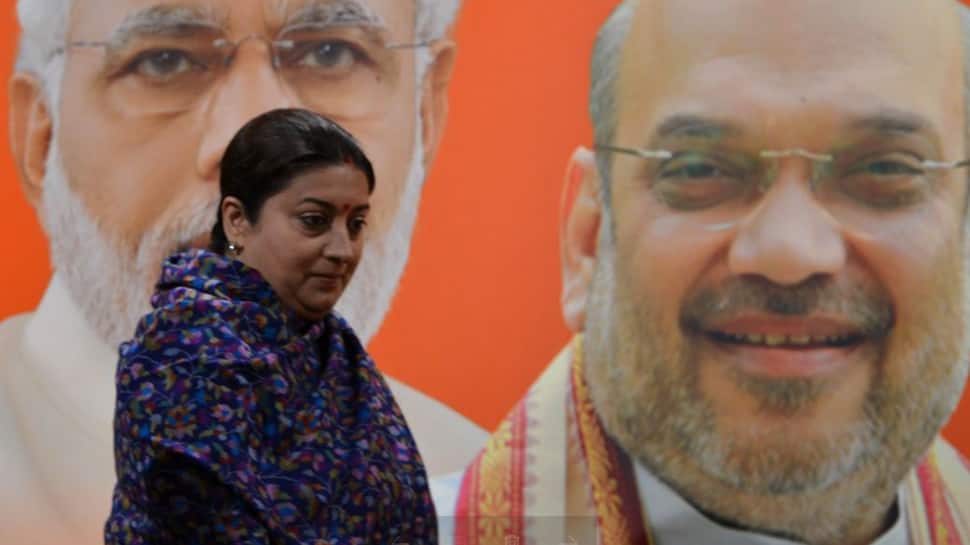 Amid the controversy over alleged denial of permission to Bharatiya Janata Party (BJP) president Amit Shah’s helicopter to land at Malda airport, a fresh row erupted Wednesday over taking off of a chopper, which was to take Union minister Smriti Irani to a rally in Birbhum in West Bengal.

While the West Bengal Police had on Tuesday put all rumours concerning Shah’s chopper to rest, BJP leader Smriti Irani had to skip a rally in Birbhum on Wednesday as the pilot refused to take off the helicopter after permissible time limit.

According to sources in the BJP, when Smriti Irani reached the Kalaikunda Air Force Station from Jhargram to board the helicopter for her second rally in Birbhum’s Suri, the pilot refused to take off from the Air Force Station. The pilot reportedly informed Smriti Irani that it was well past the permissible landing time of 4 pm. He said that he would find it difficult to land the helicopter on the open field in the dark.

As per the protocol, a helicopter cannot land beyond 4 pm and Smriti Irani had reached the Kalaikunda Air Force Station at 4.15 pm.

However, the BJP leadership termed the whole incident as a “conspiracy”.

BJP national secretary Rahul Sinha said, “This is a conspiracy by the Bengal government. Earlier also they prevented Amit Shah’s helicopter from landing at Malda. This is to stop BJP from making inroads in Bengal but nothing can stop us.”

On the other hand, senior Trinamool Congress senior leader Madan Mitra said, “If we tried to stop the helicopter from landing, how did Amit Shah arrive in Malda. Since he went back due to bad health now they are spreading lies. But, I still wish him speedy recovery.”

Notably, the West Bengal police had taken to Twitter to clarify its position amid the allegations and counter-allegations regarding the permission allowing the BJP leader’s helicopter to land.

“Wrong information being spread about denial of permission to BJP to hold meeting & helipad in Jhargram. Permission has been granted for both. There has been a consistent attempt by some persons to create mischief by spreading misinformation,” read the tweet from West Bengal Police’s official Twitter handle.

Smriti Irani is slated to address two rallies in West Bengal on Thusrday, of which one will be held in Joynagar in South 24 Parganas district and the other in Krishnanagar in Nadia.