Sandhya, the wife of AN 32 aircraft pilot Ashish Tanwar (29) is posted as radar operator in the Air Traffic Control (ATC) and was on duty when the plane went missing. 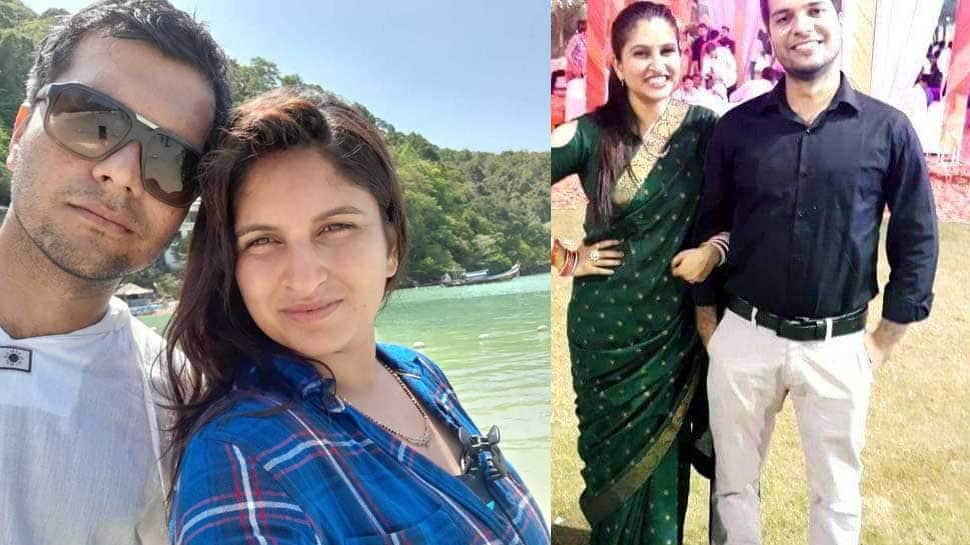 NEW DELHI: As a massive search and rescue operation (SAR) involving a large fleet of planes, choppers and satellite imagery to locate an AN-32 aircraft of the Indian Air Force (IAF) continues, it has also come to light that the wife of the ill-fated plane's pilot was on the ATC duty when the flight took off from the base at 12.25 PM and went missing soon after that.

It may be recalled that the AN 32 went missing soon after it took off from the IAF base for the advanced landing ground at Mechuka in Arunachal Pradesh.

Sandhya, the wife of AN 32 aircraft pilot Ashish Tanwar (29) who is posted as a radar operator in the Air Traffic Control (ATC), was on duty when the plane went missing. 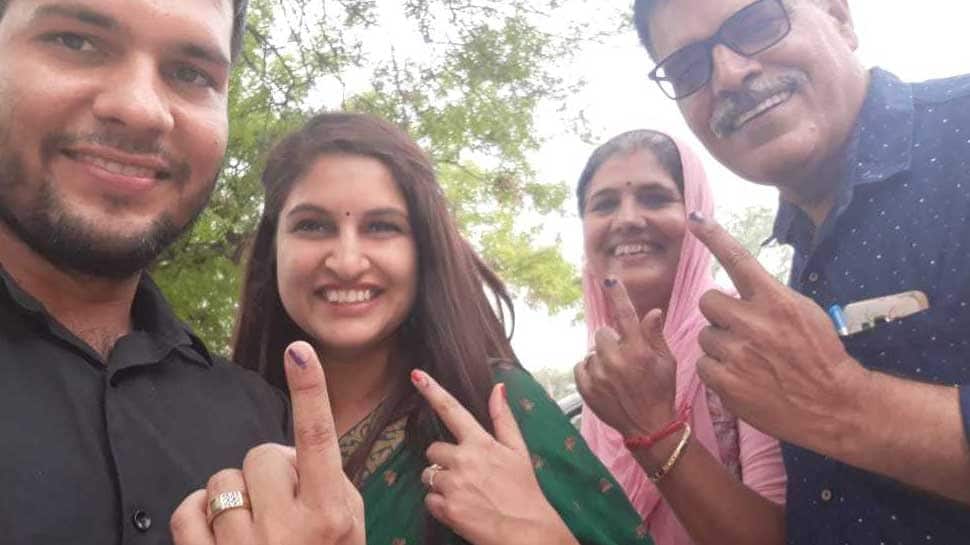 Flight Lieutenant Ashish’s uncle Udaivir Singh informed that the ATC lost contact with the flight around 1 PM and Sandhya called them an hour later to tell us what had happened.

As the news spread, the pilot's father rushed to Assam to meet the authorities and get updates about the search and rescue operation. 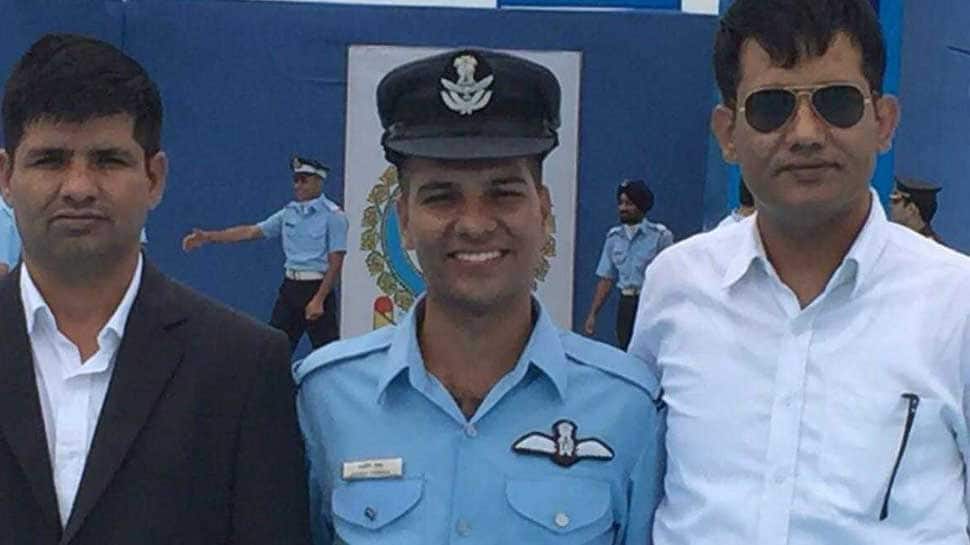 However, his mother and other family members are inconsolable and have been pleading the government to expedite the search for the missing IAF plane.

Ashish's mother is absolutely shattered and has been crying ever since she got to know about the incident.

“I want my child. It’s been almost four days now but till now nothing has happened. I request MHA to look into the matter and investigate,” pilot's mother told ANI.

Palwal: Family of Ashish Tanwar, who was in IAF AN-32 aircraft that went missing on June 3 seeks govt help to trace their son. Mother says,"I want my child. It's been almost 4 days now but till now nothing has happened. I request MHA to look into the matter&investigate." #Haryana pic.twitter.com/yiLuULHwUt

Ashish got married to Sandhya in February 2018, who was posted at the Johrat base last year. 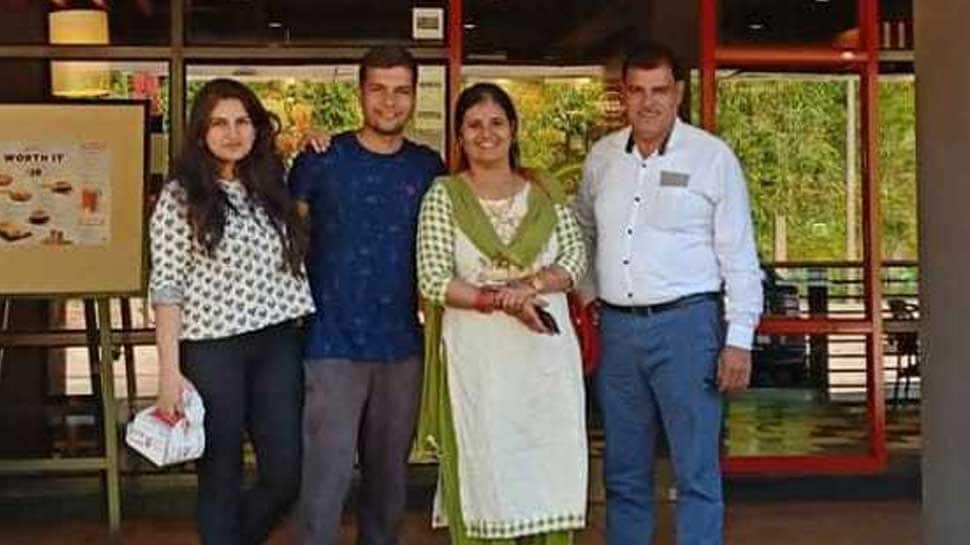 Ashish and his siblings were hugely inspired by his father Radhelal who retired from Army and they decided to join armed forces in order to “serve the nation”. Ashish's elder sister is a Squadron Leader in the IAF.

Though his family is now settled in Palwal, Ashish did not grow up there. He spent his childhood moving from one place to another because of his father’s postings. It was just six years back that his family settled down in Palwal after they purchased a piece of land in HUDA Sector 2 and constructed a single-storey home there.

He studied in different Kendriya Vidyalayas and went on to complete B.Tech. After this, he took up a job with an MNC in Gurgaon for a few months before he joined the IAF in December 2013.

After completing his training in May 2015, Ashish moved to Jorhat, where he met Sandhya, who hails from Mathura, last year. The couple got married in February 2018, and the match was arranged by their parents.

A massive search and rescue operation (SAR) involving a large fleet of planes, choppers and satellite imagery to locate an AN-32 transport plane of the Indian Air Force (IAF), which went missing near the thickly-forested Menchuka in Arunachal Pradesh on Monday, resumed on Thursday. The operation was called off on Wednesday due to low visibility.

According to reports, IAF helicopters, including C-130J, are currently engaged in the search and rescue operation and they carried out the night missions to locate the missing aircraft on Wednesday.

The IAF has intensified efforts to locate the missing plane despite challenges posed by vegetation, inhospitable terrain and poor weather. Satellite imagery is also being used to trace the missing transport plane of the IAF.

Meanwhile, the Army today deployed its UAVs (Unmanned Aerial Vehicle) to search for the missing AN-32 transport aircraft over Arunachal Pradesh-Assam.

No meeting planned between PM Modi and Imran Khan at SCO summit: MEA