India's Prime Narendra Modi on Friday addressed Indian diaspora in France and inaugurated a memorial dedicated to the victims of two Air India crashes of 1950 and 1966 in Nid D'Aigle. 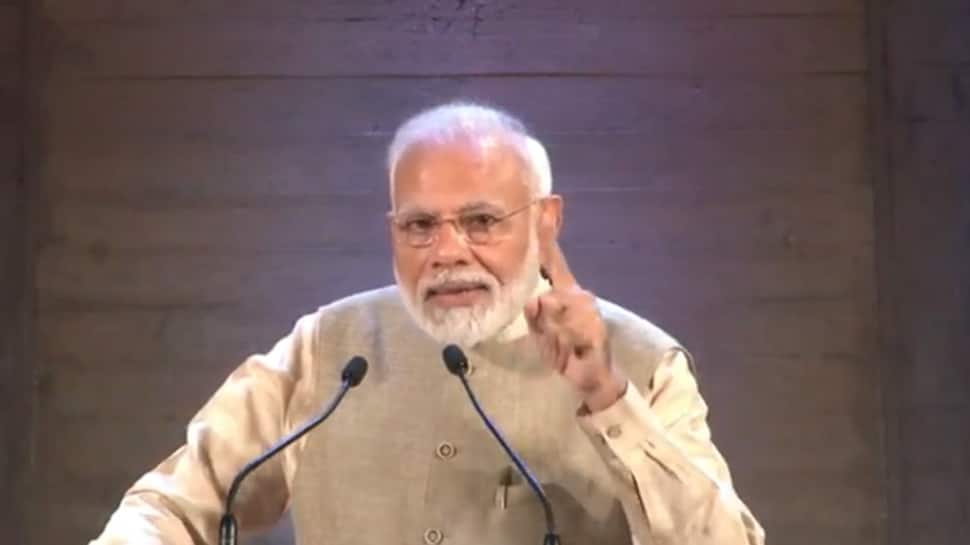 New Delhi: India's Prime Narendra Modi on Friday addressed Indian diaspora in France and inaugurated a memorial dedicated to the victims of two Air India crashes of 1950 and 1966 in Nid D'Aigle.

PM also paid tribute to Dr. Homi Jehangir Bhabha, chairman of the Indian Atomic Energy Commission and the man who was referred to as the "father of the Indian nuclear programme" who died in the crash of AI 101.

Addressing the diaspora at the UNESCO Headquarters in Paris, he said India's diaspora has played an important role in France's development and society.  PM Modi said, "Bharat se apka miti ka rishta, aur france key sath mehnat ka" (You have kith and kin ties with India, but your hard work is your connect with France)

Ganesh Chaturthi is celebrated with great fervour in Paris and is part of the city's cultural calendar.

Talking about his govt's achievement, he said "in last few years more and more Indians have been able to open bank accounts" and "today's India is corruption-free and dynasty free"

Speaking on the abrogation of Article 370, PM said, "it took you 70 years to remove what is temporary"

On Thursday he held 90-minute bilateral talks with French President Emmanuel Macron in which defence, space and climate change was the main focus. This was his fifth meeting with the French President Macron. He will later participate in 45th G7 summit in Biarritz on 25th and 26th August.

PM Modi visited France in 2017 followed by the visit of the French President in 2018 and then meetings on the sidelines of G20 summit in Argentina and Japan in December 2018 and June 2019, respectively.

It is after a gap of more than 10 years that India has been invited at the G7 summit, the last time being in 2005 when the then British Prime Minister Tony Blair had invited the then Indian Prime Minister Manmohan Singh at the Gleneagles summit.

India is "Biarritz partner" country along with Australia, Chile, South Africa, Rwanda, Senegal, Egypt, and Burkina Faso. Climate, biodiversity will be the main focus of the 45th G7 summit whose theme is "combating inequality".

After video of TN Dalits struggling to cremate the dead goes viral; allocation of 50 cents land for crematorium in progress