To expedite projects related to water resources, the Modi government would release Rs 9,000 crore to UP which includes water-starved regions of Bundelkhand and Vindhyachal, reports said. 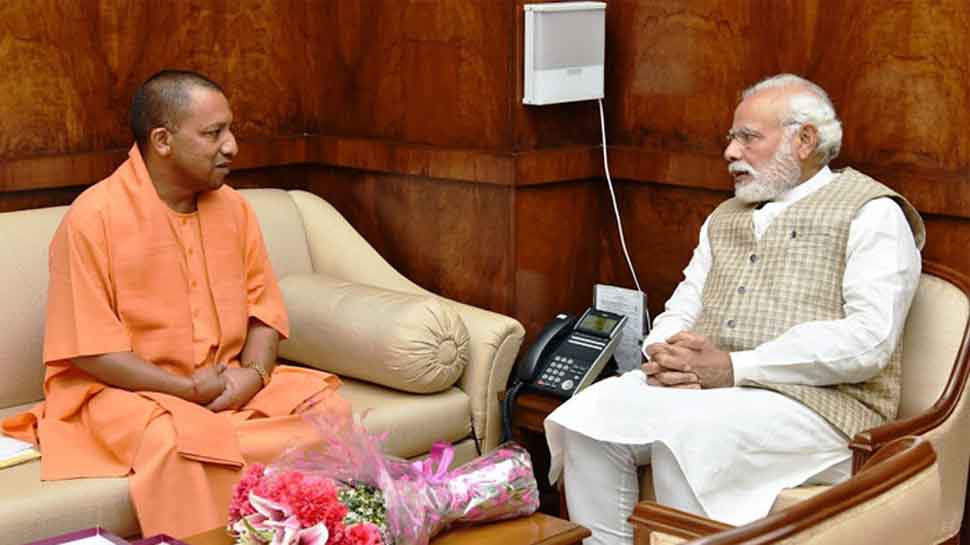 New Delhi: By 2021, a year before Uttar Pradesh goes to the polls, India`s largest state would have enough water to quench the thirst of its over 20 crore people. After writing personal letters to UP`s village pradhans to conserve water, Prime Minister Narendra Modi has now instructed Union Jal Shakti Minister Gajendra Singh Shekhawat and UP Chief Minister Yogi Adityanath to solve UP`s "water crisis" within next two years.

To expedite projects related to water resources, the Modi government would release Rs 9,000 crore to UP which includes water-starved regions of Bundelkhand and Vindhyachal.

From bigger irrigation projects to drinking water supply in urban and rural areas, the Union government and the state government will work in tandem to deliver all the schemes before the UP Assembly polls, scheduled to be held in early 2022. To move the projects on a fast pace, CM Yogi Adityanath held an important meeting with Gajendra Shekhawat on Sunday.

Both agreed to focus on Bundelkhand where `water riots` often create law and order problems. Besides, in areas of Sonbhadra and Mirzapur, touching PM`s constituency of Varanasi, all-out efforts would be made to solve acute water problem being faced by all and sundry.

Highly placed sources informed IANS, that dredging work of major rivers, including Ganga and Yamuna, would be undertaken to ensure smooth flow of surface water in rivers and streams. In UP, water resources are trifurcated into three ministries -- Rural Development, Irrigation, and Jal Nigam.

All three ministries are perceived to be neck deep in corruption, a reason why projects are either delayed or their benefits do not reach the people. Sources said that CM Yogi gave an assurance that a special drive would be launched to identify corrupt engineers and officials in these ministries and initiate adequate action against them.

In 2016-17, the UP government could not utilise around Rs 700 crore due to prevailing corrupt practices which have been continuing in these departments since BSP and SP-led governments. In the previous government, the Irrigation Ministry was held by Mulayam Singh Yadav`s brother Shivpal while Jal Nigam was run by Azam Khan. Several complaints related to corruption in these ministries have now come to light.

Sources said that earlier PM Modi had instructed Shekhawat to place water crisis in UP on top of his ministry`s list of priorities. The PM was of the view that if UP`s problems were solved, half of the country`s water crisis would be addressed consequently, sources added.

The PM also suggested to Yogi that water crisis in UP should be solved before the situation got worse. Both Shekhawat and Yogi also discussed the problem of increasing pollution in the Ganga river. In this connection, they decided to take strong action against tanneries which are not complying with the norms of the pollution control board.

Recent reports have indicated that the Ganges, which passes through several important cities and towns of the state, is being severely polluted by tanneries located in Kanpur (and Unnao) and other industries. Apart from several other water-related projects, the ministers also discussed the dredging work of the Saryu, Rapti and other important rivers of eastern UP, to be done on a priority basis to facilitate irrigation projects.

How can the possibility of losing rattle one so much: Mohan Bhagwat hits out at Mamata Banerjee over violence in Bengal