PM Modi will meet a host of foreign leaders and dignitaries on the sidelines of the G20 Summit, including RIC and BRIC meetings. 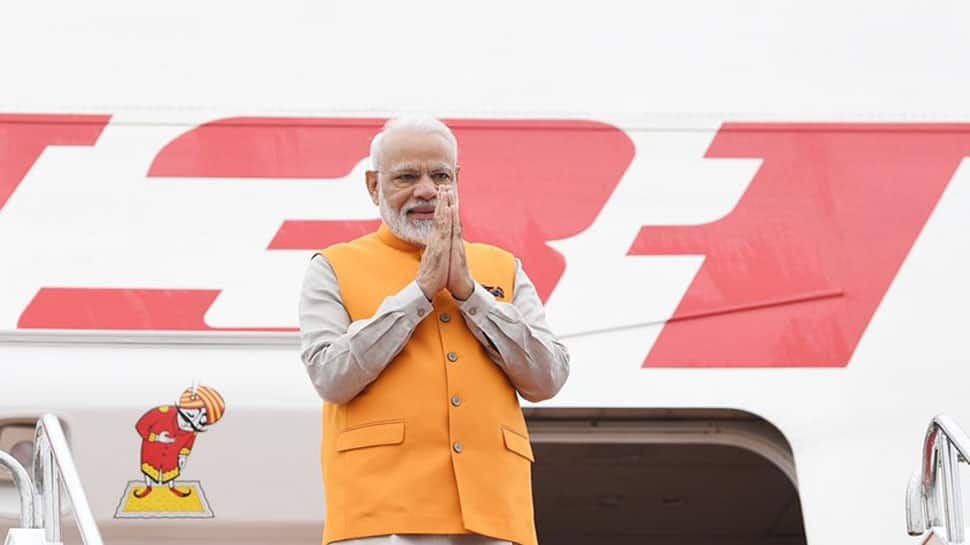 The Prime Minister left India on Wednesday night and arrived in Osaka early Thursday morning. Taking to Twitter, he wrote, “Early morning arrival in Osaka. The #G20 Summit, bilateral and multilateral interactions await PM @narendramodi in the coming two days. He will elaborate on many issues of global importance and present India’s viewpoint.”

He will elaborate on many issues of global importance and present India’s viewpoint. pic.twitter.com/13OStvVjbn

Grateful to the dynamic Indian community for the warm welcome! pic.twitter.com/BrPkl9VJqJ

Before departing, PM Modi released a statement stating that he looks forward to discuss the major challenges and opportunities faced by the world today with other nations. “Women Empowerment, issues related to digitalization and artificial intelligence, and progress in achieving SDGs (Sustainable Development Goals) and in our common efforts to address major global challenges such as terrorism and climate change form the rich agenda of the Summit,” he said.

“The Summit will provide an important opportunity to reiterate and reinforce our strong support to reformed multilateralism, which is crucial for preserving rule-based international order in today’s fast changing world. The Summit will also be a platform for sharing India’s strong developmental experience of the last five years, which provided the basis for a resounding mandate by the people of India to the Government to continue on the path to progress and stability,” added PM Modi.

India will host the next G-20 Summit in 2022. “The Osaka Summit will also be an important stepping stone for India towards hosting the G-20 Summit in 2022, when we usher in a New India in the 75th Anniversary year of our Independence,” said the Prime Minister.

PM Modi will meet a host of foreign leaders and dignitaries on the sidelines of the G20 Summit. “On the sidelines, I also look forward to engaging with leaders of our major partner countries on important issues of bilateral and global importance,” he shared.

India, Russia, and China (RIC) are expected to hold a trilateral Informal Summit. The Prime Minister will also be meeting leaders of BRICS countries. The summit is centred around the theme "Human-Centred Future Society" and will adopt a declaration.