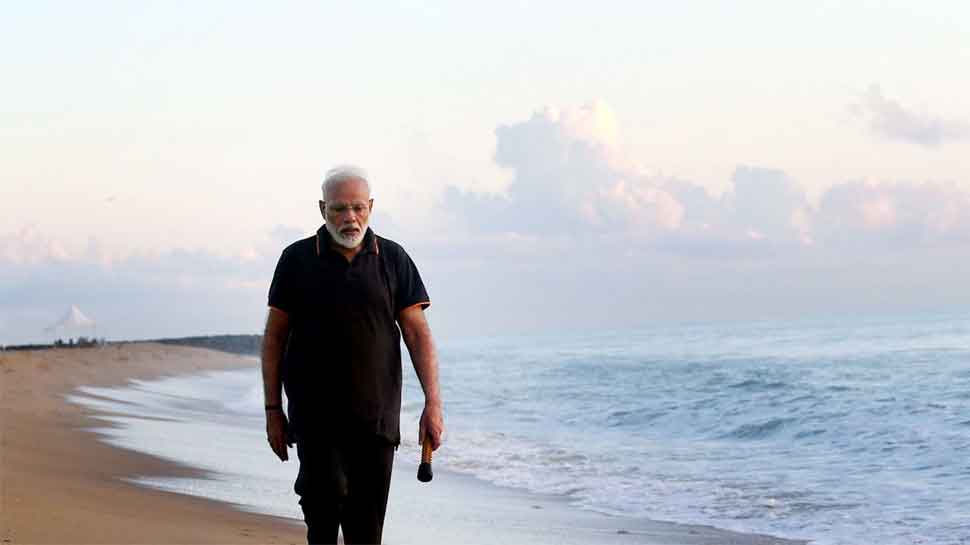 The early morning stroll on Mahabalipuram beach in Tamil Nadu's Kanchipuram district brought out a poet in PM Modi who said he got lost in "conversation" with the ocean.

"This conversation carries the world of my feelings. I am sharing the feeling with you in the form of a poem," he wrote on Twitter in Hindi.

PM Modi was on a two-day trip from October 11-12 to Tamil Nadu's Mamallapuram for an informal summit with Chinese President Xi Jinping, where the two leaders discussed a range of issues from tackling terrorism, investment and trade and ways to renew ties between the two countries.

"Refreshing walk and exercises in Mamallapuram, along the scenic coast," he said in the tweet along with photographs of himself looking peacefully at the ocean.

Refreshing walk and exercises in Mamallapuram, along the scenic coast. pic.twitter.com/UjUq8FbVAv

On the morning of October 12, before the second round of informal summit with President Xi, PM Modi found time to take part in a plogging exercise.  The PM was seen picking plastic litter and mineral water bottles strewn on the beach while walking on the beach.

"Plogging at a beach in Mamallapuram this morning. It lasted for over 30 minutes. Also handed over my 'collection' to Jeyaraj, who is a part of the hotel staff," he tweeted. "Let us ensure our public places are clean and tidy! Let us also ensure we remain fit and healthy," he said in his tweet.