Prime Minister Narendra Modi said that watching 'Man vs Wild' show will make people want to visit different parts of India and add to the discourse of environmental conservation. 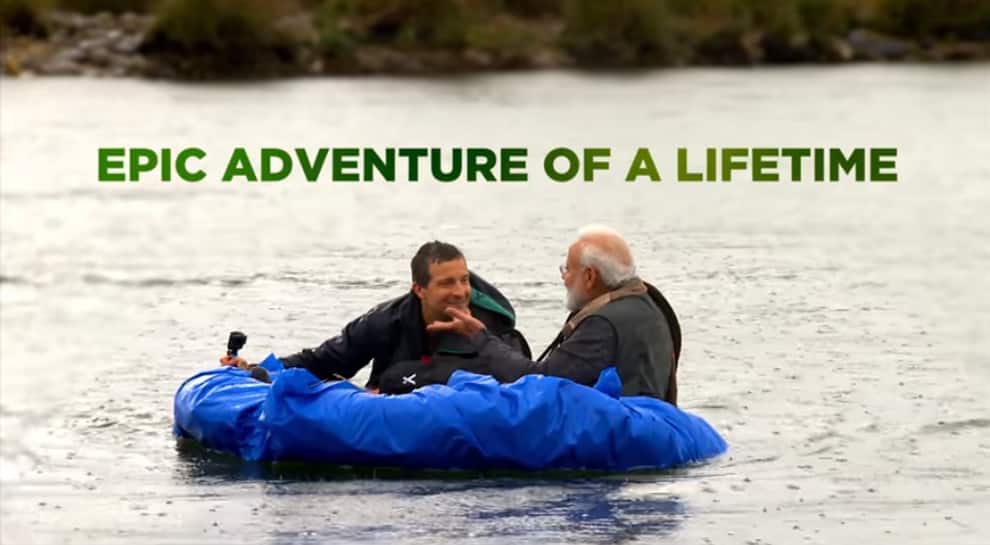 Prime Minister Narendra Modi will be seen in an entirely new avatar, different from his political speeches and campaigns, in the famous 'Man vs Wild' show with British TV adventurer Bear Grylls. Sharing the trailer of the show which will be aired on August 12 on Discovery channel, the PM tweeted: "India- where you find lush green forests, diverse wildlife, beautiful mountains and mighty rivers. Watching this programme will make you want to visit different parts of India and add to discourse of environmental conservation. Thanks @BearGrylls for coming here!"

Watching this programme will make you want to visit different parts of India and add to discourse of environmental conservation.

In a statement by Discovery as quoted by news agency Reuters, PM said that he had grown up in nature and the programme with Grylls was a chance to showcase India's rich wildlife. "For years, I have lived among nature, in the mountains and the forests. These years have a lasting impact on my life. So when I was asked about a special programme focussing on life beyond politics and that too in the midst of nature I was both intrigued and inclined to take part in it," he said.

Replying to PM Modi's tweet, Grylls said: "Sir, it was an honour to share an adventure with you! Let’s keep up our mission of spreading the positive message of conservation & protecting our planet."

Grylls earlier in the day took to Twitter and said that he and the Indian PM teamed up to venture into India's wilderness to raise awareness about protecting nature. "People across 180 countries will get to see the unknown side of PM @narendramodi as he ventures into Indian wilderness to create awareness about animal conservation & environmental change," Grylls tweeted.

In the trailer of the show, Grylls can be heard telling PM Modi, "You are the most important man in India, my job is to keep you alive."

In the short 45 second video, the PM can be seen welcoming Grylls to India. The PM can also be seen holding a weapon carved out of bamboo and other material collected from the forest. Modi and Grylls are riding on a small boat in a river.

Bear Grylls was in India in February this year to shoot the adventure show at the Jim Corbett tiger reserve in Uttarakhand. For his popular show Man Vs Wild, Gear  travels the globe looking for the most inhospitable places in which to use his extraordinary survival skills. The show which ran for seven seasons was also nominated for an Emmy Award.