PM Modi saluted 130 crore Indians for never letting their faith in India's democracy diminish and said that he has always considered India's constitution to be a holy book. 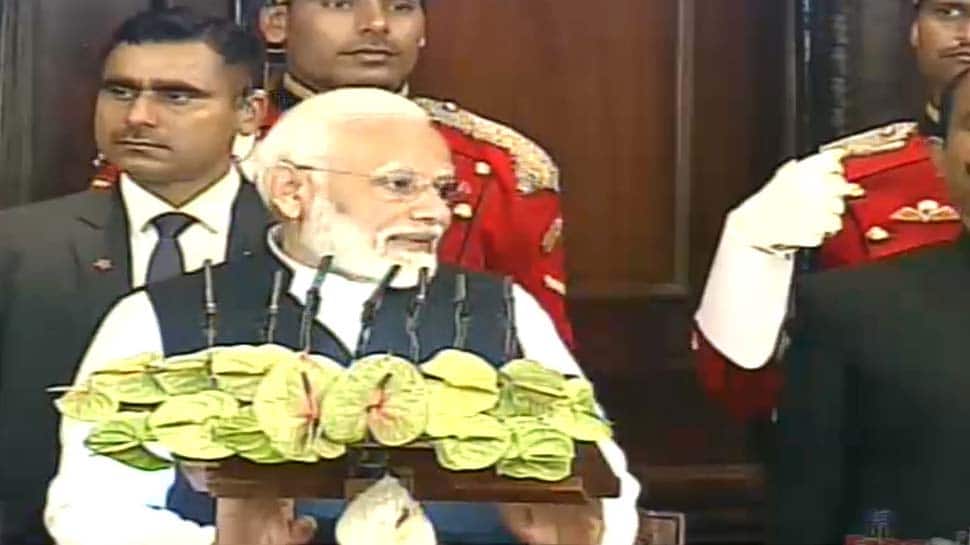 Prime Minister Narendra Modi on Tuesday (November 26) addressed a special programme at Parliament's Central Hall on the occasion of Constitution Day and said that the Indian Constitution stands for the dignity and unity of India and Indians.

The prime minister hailed Dr Bhim Rao Ambedkar, who was the architect of Indian Constitution, and said that Ambedkar would have been happiest were he alive today. PM Modi said that Indian democracy has strengthened and empowered in the 70 years since the adoption of the Constitution on January 26, 1950.

"The two mantras of the Constitution are 'dignity for Indians' and 'unity for India'. Had Babasaheb Ambedkar been alive today he would have probably been the happiest man,", the PM told the Lok Sabha and Rajya MPs gathered in the Central Hall of Parliament.

PM Modi also invoked Mahatma Gandhi in his addressed and reminded the lawmakers that "we can only expect all our rights when we perform our duties to perfection".

"Gandhi-ji (said) we can only expect all rights when we perform our duties to perfection. Thus, according to the father of our nation, duties and rights are directly linked," he said, adding, "There are several such easy duties citizens can perform and contribute to the rise of the nation".

While PM Modi was addressing the special programme, the Congress and other opposition parties gathered outside the building protesting against the political development in Maharashtra.

The political journey of Ajit Pawar, who rebelled against NCP chief Sharad Pawar, to join hands with bete noire Fadnavis