Lashing at Congress chief Rahul Gandhi for the 'chowkidar' (watchman) barb, Prime Minister Narendra Modi Saturday said that only a chor (thief) wants the outster of a wathcman. 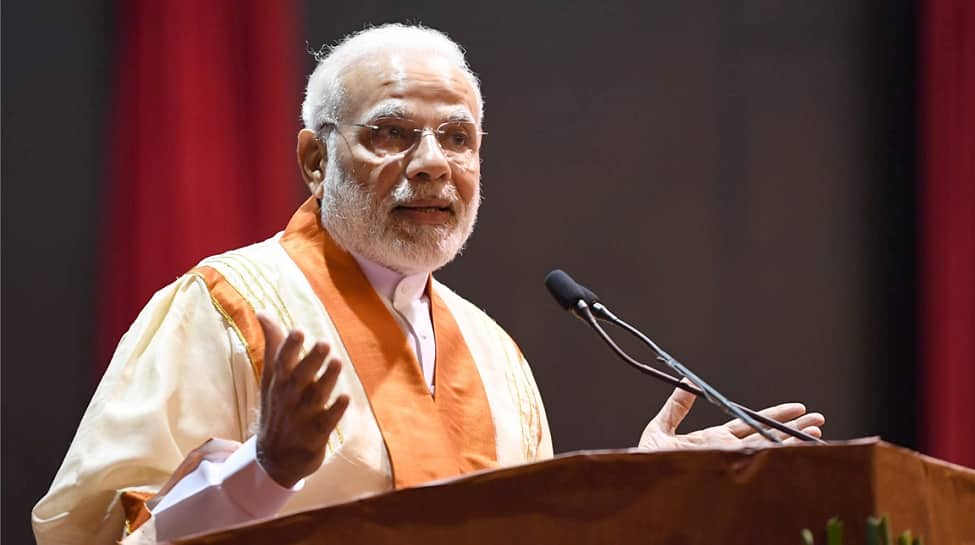 BARIPADA: Lashing at Congress chief Rahul Gandhi for the 'chowkidar' (watchman) barb, Prime Minister Narendra Modi Saturday said that only a chor (thief) wants the outster of a wathcman.

“Chor always wants the ouster of the watchman. Be it the society or factories, thieves always try and conspire to remove the chowkidar to make their task easy. As long as the chowkidar remains, they are unable to operate,” said the Prime Minister while addressing a large Bharatiya Party rally in Odisha's Baripada.

Raking up the AgustaWestland VVIP chopper scam, Modi addded, “Can't understand whether Congress was running the government or Michel mama's darbar. Law will not allow anyone to escape”
“From 2004 to 2014, there was a conspiracy to weaken the Army of the country. Now, the country is watching and understanding. Now that our government is helping the forces come of the trap, they're rattled.”

Referring to the reports of letter of middleman Christian Michel, the Prime Minister said that he had close ties with top Congress leaders and ministers.

"Perhaps, middlemen had more information than the Prime Minister himself," he said.

"I want to make it clear that the role of people in protecting the interest of middlemen at the cost of the country will thoroughly be probed by agencies and the people of the country. The Centre always takes hard decisions for the country's security," he said while asking the crowd whether the Congress should be allowed to do what it was doing during the United Progressive Alliance (UPA) rule.

Those who had done injustice towards the armed forces should be booked, the prime minister said, adding, "I want to assure you that law will not allow anyone to go scot-free."

Earlier in the day, the PM launched projects worth over Rs 4,500 crore in Odisha`s Baripada district.

"Today we are at that stage of the 21st century when there is a lot of work to be done on connectivity. That`s why our government is constantly focusing on increasing connectivity across the country," said the Prime Minister.

This is the second visit of PM Modi to Odisha in less than a fortnight.