PM Modi to launch pension schemes for farmers, traders in Jharkhand on Thursday

Prime Minister Narendra Modi is scheduled to visit Jharkhand on Thursday, to launch 'Pradhan Mantri Kisan Mandhan Yojana' for the benefits of the farmers across the nation. 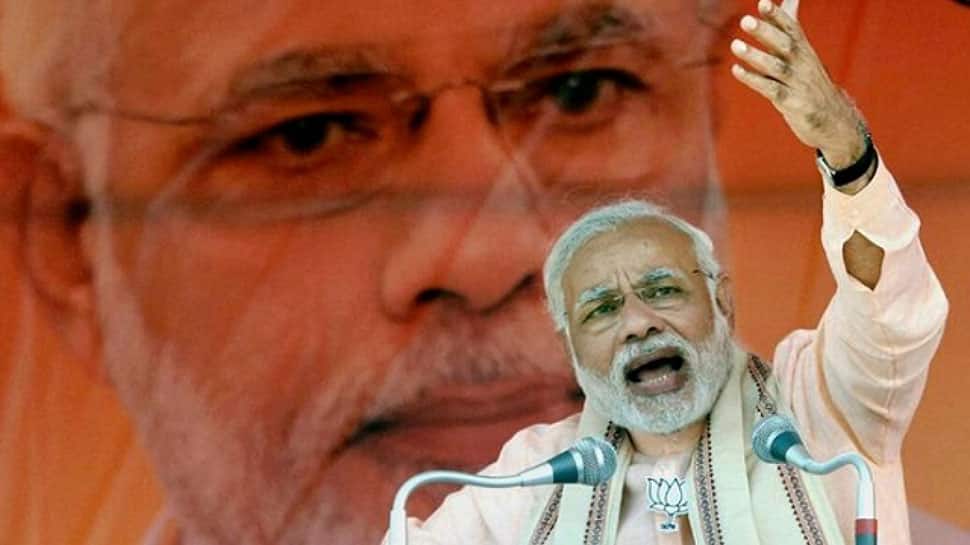 Ranchi: Prime Minister Narendra Modi is scheduled to visit Jharkhand on Thursday, to launch 'Pradhan Mantri Kisan Mandhan Yojana' for the benefits of the farmers across the nation.

Pradhan Mantri Kisan Mandhan Yojana, is a monthly pension scheme for farmers being introduced to provide social security to the farmers. Under the scheme, farmers, owning land up to two hectares, and between the age18 and 40 will get a monthly pension of Rs 3,000 once they become 60.

The Prime Minister will also launch the ‘Pradhan Mantri Laghu Vyaparik Mandhan Yojana’ and ‘Swarojgar’ pension schemes under which beneficiaries between 18 and 40 years will get Rs 3,000 per month after completing 60 years of age.

This is PM Modi's second visit to the state after winning Lok Sabha elections 2019 and after resuming his second term in the office.

PM Modi will also launch the new Jharkhand assembly building during his visit. The second Multi-Modal Terminal built at Sahibganj at the cost of Rs 290 crore by the Inland Waterways Authority of India on river Ganga will also be launched by the Prime Minister.

The Multi-Modal Terminal was completed in a span of two years and was constructed on river Ganga under Jal Marg Vikas Project (JMVP). The terminal will play a significant role in transporting domestic coal from the local mines in Rajmahal area to various thermal power plants and provide Indo-Nepal cargo connectivity through waterways route. It will also help create at least 500 direct employment opportunities and thousands of indirect opportunities.

The Prime Minister will also lay foundation stones for 462 Eklavya Model Schools across the country through online medium, out of which 69 will be established in 13 of Jharkhand’s 24 districts.

A foundation stone will be laid for a new building of Jharkhand Secretariat. Jharkhand is scheduled to go for Assembly elections later in 2019.