Prime Minister Narendra Modi will on Sunday participate at a Janmashtami event in Gulf's oldest temple-- the Shreenathji [Shree Krishna] Hindu Temple in Bahrain built by the Thattai Hindu community who had arrived from the Sindh, undivided India. 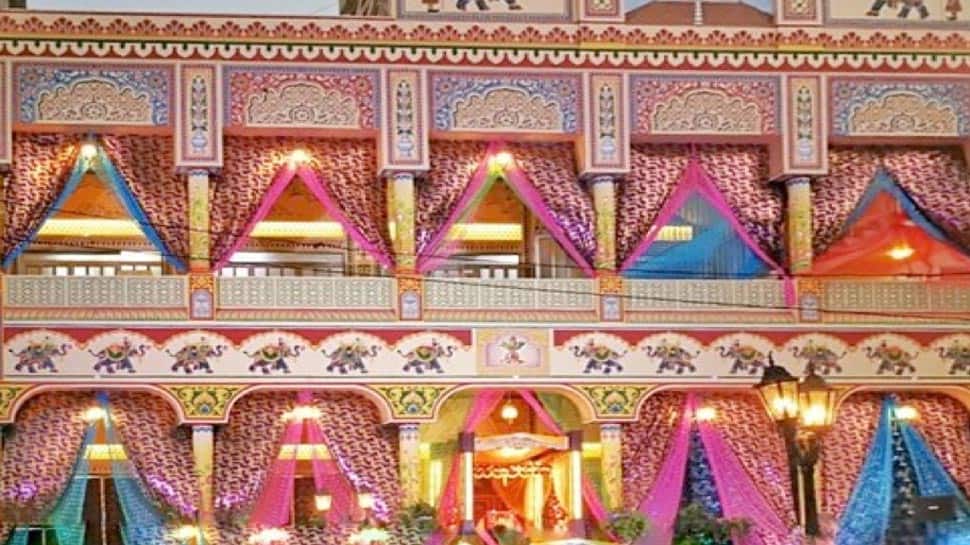 New Delhi: Prime Minister Narendra Modi will on Sunday participate at a Janmashtami event in Gulf's oldest temple-- the Shreenathji [Shree Krishna] Hindu Temple in Bahrain built by the Thattai Hindu community who had arrived from the Sindh, undivided India.

PM Modi will also launch the work of the temple's renovation. The 200-year-old Shree Krishna temple was built in 1817 and  situated in Bahrain's capital Manama.

PM Modi is currently on a two-nation visit to West Asia--United Arab Emirates (UAE) and Bahrain.

PM, speaking to the Indian community in Bahrain on Saturday said, "There is an old relationship between Gujrat and Bahrain. I'll be going to the temple and pray for the well being of all of you. I will launch the redevelopment of the temple. This Temple is a reflection of your faith and tribute to Bahrain's multiculturalism".

The Shreenathji, established by the Thattai [Bhatia] Hindu Community in 1817 under the Royal Patronage, is the first temple of the Gulf region. The temple in Bahrain is located in the heart of Manama (Souq) and in honour of the contributions made by the Indian community, the Bahraini government designated the old Manama Souq area around the Hindu Temple as "Little India in Bahrain" in December 2015.

The temple is owned by the Thattai Hindu Mercantile Community from Thatta, Sindh and hence was called by the name Thattai Bhatia. Thattai Bhatia were one of the earliest expatriate communities to settle in Bahrain in the early 19th century and establish business interest in Bahrain. The community made Bahrain their home even before oil was discovered and presently are renowned businessmen in Bahrain owning companies.

The temple functions on the spiritual path of Pushti Marg or Vallabh Sampradaya which is a Vaishnav sect of the Hinduism founded by Shree Vallabhacharya around 1500 AD. Shree Krishna is the Chief Deity in the temple and the main temple is in India -- Nathdwara Temple in Udaipur, Rajasthan built in 1672 by Goswami Priests which manage the temple and are revered by the followers of Pushti marg all over the world.