PM Narendra Modi will release the results of the fourth cycle of All India Tiger Estimation for the year 2018 on Monday in Delhi. 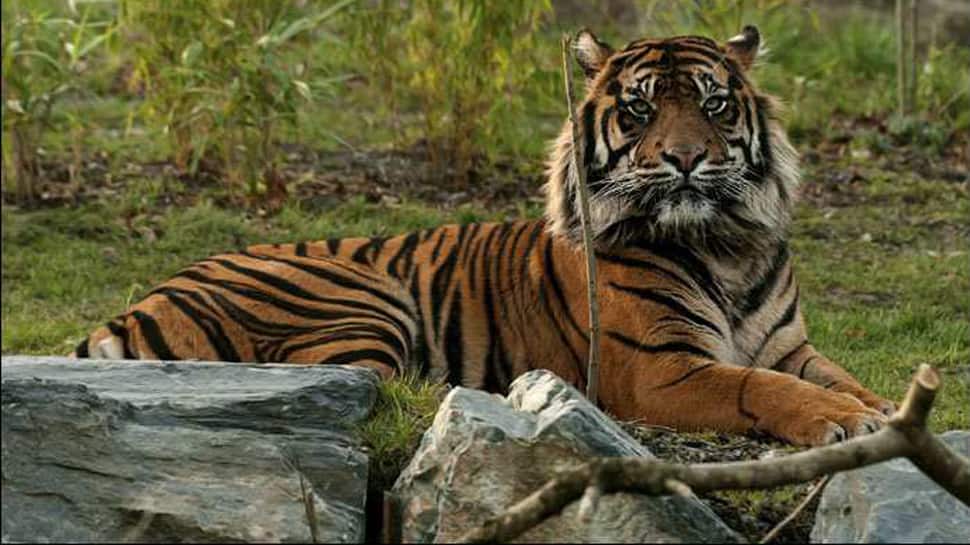 New Delhi: PM Narendra Modi will release the results of the fourth cycle of All India Tiger Estimation for the year 2018 on Monday in Delhi.

The latest count of tigers' in the country is believed to be the world’s largest wildlife survey exercise conducted, in terms of coverage, the intensity of sampling and quantum of camera trapping.

The tiger census data, along with a report evaluating the effectiveness of tiger reserves, will be published on July 29, which happens to be the International Tiger Day.

The All India Tiger Estimation is conducted in every four years. Three cycles of the estimation have already been completed in 2006, 2010 and 2014.

Around Rs 10.22 crore were allocated by the government to conduct the fourth cycle of All India Tiger Estimation.

To evaluate the adverse effects of climate change which determines the mitigating among tigers, the government and National Tiger Conservation Authority (NTCA)  have also carried out an economic valuation.

To ensure that such interventions and processes are institutionalized, they have been operationalised through a legally mandated Tiger Conservation Plan.

In 2018, the government had said that the methodology used to conduct the exercise for the fourth cycle would be highly driven by technology, which would provide far more accurate and precise results than before.

Android phone applications of M-STrIPES (Monitoring System for Tigers-Intensive Protection and Ecological Status)- a software introduced in 2010 by the NTCA has been used extensively to arrive at the results of 2018 tiger count. The software enables both data collection and analysis.