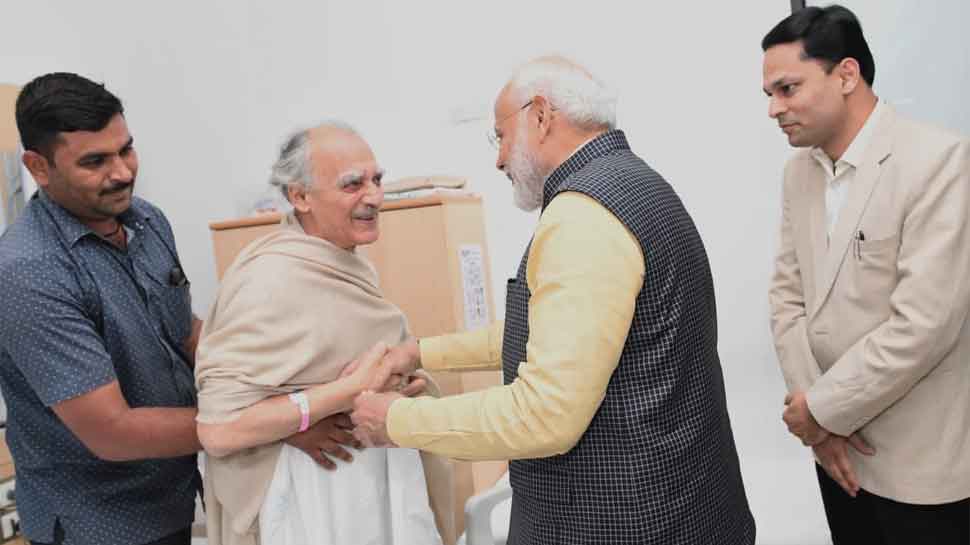 Shourie was admitted to the hospital on December 1 after he fainted suffering a head injury.

Taking to microblogging site Twitter, PM Modi said, "In Pune, I met former Union Minister Arun Shourie Ji. Enquired about his health and had a wonderful interaction with him."

In Pune, I met former Union Minister Arun Shourie Ji. Enquired about his health and had a wonderful interaction with him.

We pray for his long and healthy life. pic.twitter.com/arjXSUoirf

Wishing speedy recovery to the senior journalist, PM Modi said, "We pray for his long and healthy life."

The 78-year-old political leader was brought to the Ruby Hall Clinic after he collapsed while on a walk near his Lavasa bungalow on the night of December 1. Hospital officials said that although Shourie had to be admitted to the intensive care unit with internal injuries and swelling of the brain, he was in a stable condition and responding well to treatment.

He is recovering fast, communicating and having proper food, the doctor said.

"As it was a free fall, he sustained a brain injury, including internal bleeding and swelling to the brain," he said.

"He is recovering fast and showing good signs of improvement. He is responding and communicating with us and taking proper food," said the hospital's neurosurgeon who is treating the former minister.

"His overall health condition is good. He even performed yoga in his room in the presence of doctors," he added.

Citizenship bill to be tabled on Monday; BJP issues whip to its Lok Sabha MPs for 3 days