PM Modi wraps up speech in 17 minutes, Imran Khan rants against India for over 30 minutes at UNGA 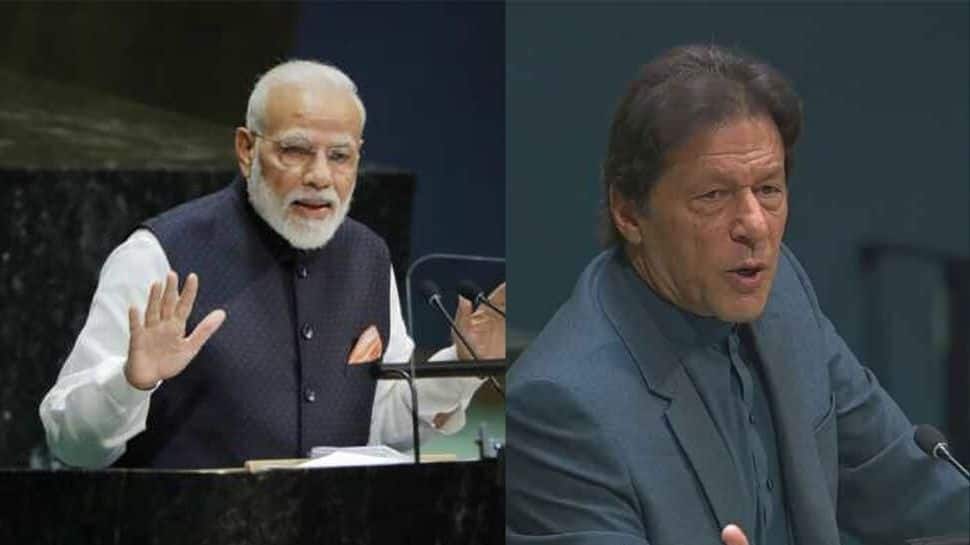 But what stood out between the two leaders was that Modi spoke for around 17 minutes, well within the allotted time-limit of between 15 to 20 minutes, for a world leader to address the global body.  On the other hand, Imran Khan exceeded beyond the time limit, going on to speak for more than half-an-hour with red light constantly blinking.

Modi delivered his second address to the UNGA and his first after assuming power for a second term. In 2014, Modi had spoken for nearly 35 minutes. In that address, the Prime Minister had stressed the need for a bilateral dialogue with Pakistan, but on one condition -- terror and talks cannot go together.

However, this year, Modi did not even mention Pakistan once in his speech. But, in a veiled reference to the neighbouring country, the Prime Minister said that terrorism affects all countries globally and called on the international community to unite against the menace for the sake of humanity.

The Prime Minister`s absence of Pakistan in his speech at this year`s UNGA address underlined that ties between India and Pakistan have remained frosty in the last five years since the Modi government came to power, despite New Delhi repeatedly asking Islamabad to act tough on terror emanating from its soil.

On the other hand, Khan, who made his maiden appearance at the UN General Assembly, spoke for over half an hour, well over the allotted time-limit, where he touched upon issues like money laundering, climate change and Islamophobia, apart from raking up the Kashmir issue.

The cricketer-turned-politician used the global platform to continue his anti-India rhetoric, terming the RSS and BJP as "fascist" and "Hindu supremacist". He warned of what he called "bloodbath" in Jammu and Kashmir ever since India abrogated Article 370 that granted special status in the region.