PM Narendra Modi is scheduled to address a huge gathering organised by the Bharatiya Janata Party (BJP) on December 22 at Delhi's Ramlila Maidan, where he will speak about the Centre's move to regularise unauthorised colonies in the national capital. 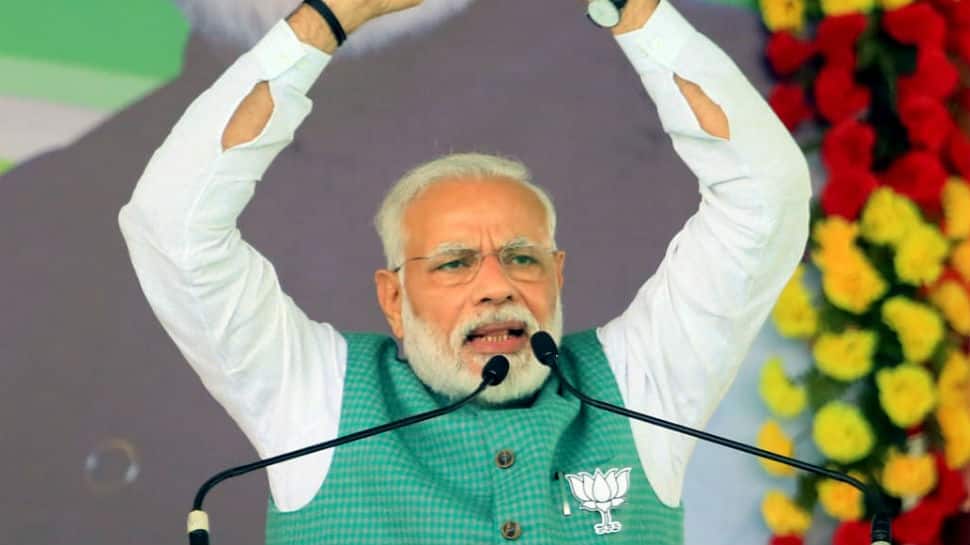 New Delhi: Pakistan-based terror groups may be conspiring to target a rally of big political leaders, including Prime Minister Narendra Modi, later this week in New Delhi, an intelligence input on Friday suggested. The input states that Pakistan's Jaish-e-Mohammed (JeM) operatives are on the move to target the venue to hit PM Modi at Ramlila Maidan, where he is scheduled to address a huge gathering organised by the Bharatiya Janata Party (BJP) on December 22, about the Centre's move to regularise unauthorised colonies in Delhi.

In the wake of the terror threat, Special Protection Group (SPG) and the Delhi Police have been informed for fullproof security arrangements. Both the SPG and Delhi Police are responsible for the security at the Ramlila Maidan. The Prime Minister along with BJP Chief Ministers and cabinet ministers will be present at the rally.

The intelligence agencies have directed the security forces to fully implement instruction contained in a Blue Book for PM Modi's protection while making the security arrangements for the visits. "The guidelines contained in Chapter 10 of the Blue Book titled 'Security Arrangements in a Democratic Polity' may be followed so as to avoid harsh and impractical measures," the agencies stated.

They also flagged: "The recent enactment of the Citizenship Amendment Act (December 12), the Ram Janmabhoomi verdict (November 9) and abrogation of Article 370 (August 5), besides pre-emptive air strikes on non-military targets inside Pakistan by Indian Air Force have added fresh dimensions to the threat scenario."

The agencies said in "the given situation reprisal action by Pakistan-based terrorist groups cannot be ruled out." They also said that Pakistan's Inter-Service Intelligence (ISI) continues to provide infrastructural and other financial/logistical assistance to terror groups.

LeT is responsible for several strikes across India including the November 2008 Mumbai attacks and has killed hundreds of innocent people and security personnel and soldiers.

Similarly, in another threatening letter in September 2019 purportedly written by Shamshe Wani of the JeM, it has been claimed that abrogation of Article 370 in Jammu and Kashmir would be "avenged by targeting Prime Minister, Home Minister and the National Security Advisor."