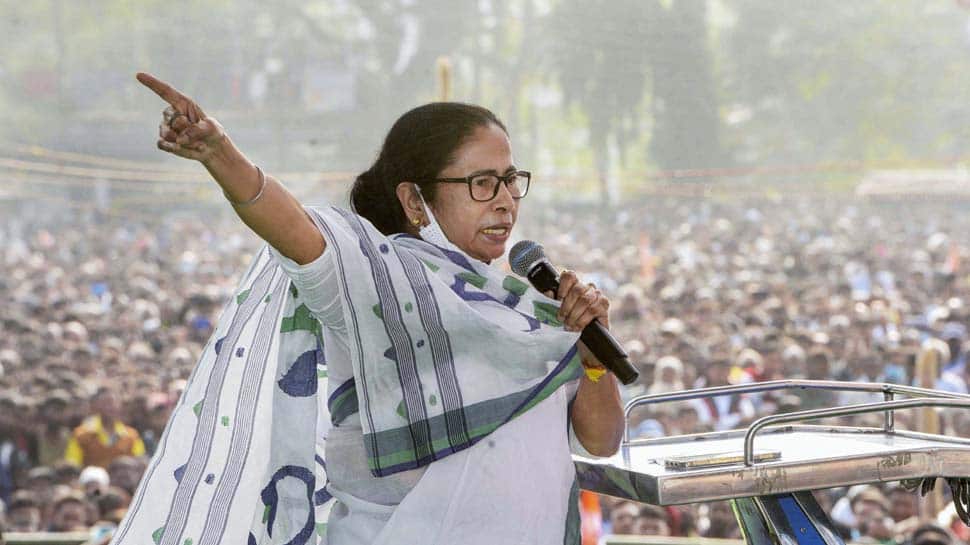 In a blistering attack, West Bengal Chief Minister Mamata Banerjee on Thursday stated that Prime Minister Narendra Modi and Union Home Minister Amit Shah "must resign". CM Mamata Banerjee said that they should "either repeal farm laws or quit the government". CM Banerjee added that the person who hoisted the flag at the Red Fort is "BJP ka chamcha". "He has pictures with Amit Shah. He has pictures with PM Modi. This is BJP’s plan. PM Modi and Home Minister must resign. Either repeal farm laws or quit the government," said the West Bengal CM.

She said, "Sad that there is none to stand by farmers. I decided I will stand by them. Everyone was scared, I said this is the mistake of Bharat Sarkar (Centre). See what is happening over farmers agitation. Is it okay to brand them as terrorists? This is not right. What happened the day before yesterday (January 26), so many farmers went to Delhi. They were granted permission also."

Calling the violence on January 26 in the national capital as 'small incidents', she said, "Some small incidents took place. Neither any house was torched, vandalised or anyone died. But this BJP party, they are burning down the country. They don’t burn but they torch everything. I don’t want them also to burn. I want them to have a long life. But I remember Amit Shah had once said in Rajasthan, I have a document also, that we have 50 lac WhatsApp groups. If I want to spread wrong information to provoke public and make it viral, I can do it."

She added, "If a country’s home minister or a BJP senior leader can say this, imagine why we witnessed this in Delhi. Kisan who is innocent, they are slamming charges of terrorism on them. They want to break this movement by spreading lies. Today, Punjab’s farmers are fighting and we stand by them. They have lost in Rajasthan, Punjab, West Bengal also they will lose and they cannot hold on to Bihar for long."

"If you lose all states what will you do? I have seen many governments--Rajiv Gandhi govt I have seen, Indira Gandhi govt I could not see as I was a student then. I have seen Manmohan Singh’s govt. Rajiv Gandhi got 400 seats, BJP got 300 seats and you all know they got it. Look at their audacity, they made Adani’s house before passing the farm bills. You will not get rice, potatoes. They snatched the Essential Commodities Act. They didn’t consider voting on the bill, they brought in an ordinance and passed it. None had such audacity," she said.

"Every state has given Prime Ministers and Presidents to the country. But I have never seen such attempts to humiliate people like this govt. Kill if you don’t like. They raise slogans like ‘goli maro’, if this is your slogan, then I will say go from here. They don’t know me, I’m a street fighter. And they have purchased media. I want to ask the Bihari people who reside here, has there ever been a problem residing here?" asked the CM.

She added, "After Hindu-Muslims, BJP is now engaging in Bengali-non Bengalis. The responsibility is now on you, TMC should get more votes from you than Bengalis. In the coming days, we can show what we can do for all of you. I felt bad Hemant Soren came here to campaign. I went to attend his swearing-in ceremony. Even Bengalis reside in Jharkhand, then I will also contest there. Do I go to Rajasthan to seek votes? Then I can also go. I felt bad that he did this."

Supreme Court completes 71 years of functioning, has been protecting rights, liberties of citizens