Appealing to the agitating farmers to end their protest, Modi said talks should be held to resolve the issue. The Prime Minister also stated that the MSP will continue and so will the monthly ration scheme to 80 crore people. 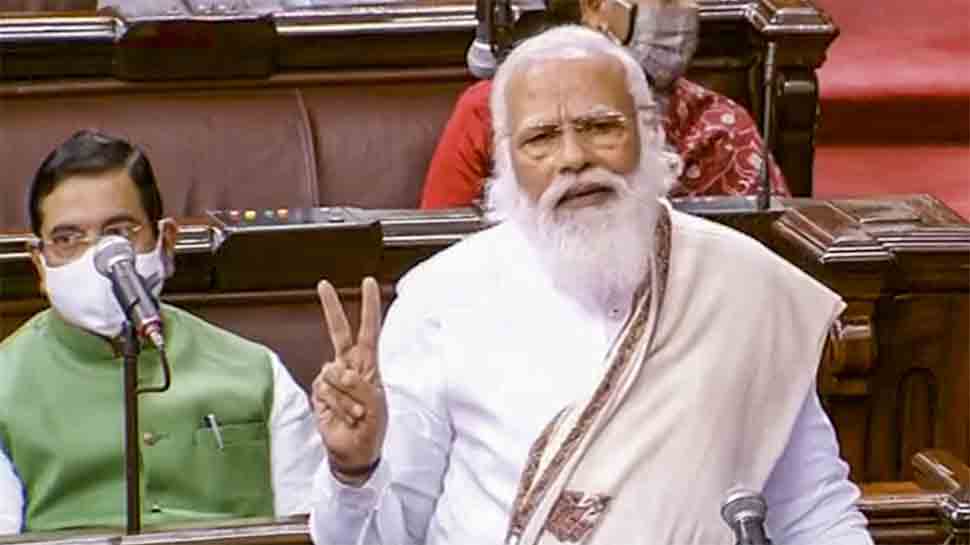 NEW DELHI: Prime Minister Narendra Modi on Monday made a fervent appeal to protesters to end their agitation against the new farm laws even as he questioned opposition parties for their sudden 'U-turn' on the agriculture reforms. Appealing to the agitating farmers to end their protest, Modi said talks should be held to resolve the issue. The Prime Minister also stated that the MSP will continue and so will the monthly ration scheme to 80 crore people.

"MSP was there. MSP is there. MSP will remain in the future. Affordable ration for the poor will continue. Mandis will be modernised," PM Modi said.

The Prime Minister said the number of farmers of less than one hectare has risen by 68 per cent and Rs 90,000 crore claim has been disbursed under the crop insurance scheme and Rs 1.15 lakh crore have been given through the Kisan Samman Nidhi. "It is our intention to remove all those drawbacks which come in the way of India realising its vast potential at becoming one large common market," the PM said.

Also Read: Essential to warn citizens about attacks on India's nationalism, says PM Narendra Modi on Motion of Thanks in Rajya Sabha

He also said the new FDI (Foreign Destructive Ideology) has emerged in the country and "we need to be more aware to save the country from such ideology". Modi also stressed that India is very proud of the contribution of Sikhs and the language used by some for them will not benefit the country. He alleged that some people are also trying to defame Sikhs.

PM Modi reiterated again that the government was ready to speak to farmers on the issue.

Also Read: Modi govt distributes Rs 3,000 to each of 7 lakh workers of THIS state: Details here

He quoted former Prime Minister Manmohan Singh on the need for reforms in the farm sector and said Congress should take pride that Modi had to do what the former Prime Minister wanted.,"Manmohan Singh ji is here, I would read out his quote for those taking a U-turn on the farm laws and will perhaps agree with him. There are other rigidities because of the marketing regime set up in the 1930s which prevent our farmers from selling their produce where they get the highest rate of return. This is what honourable Manmohan Singhji said," PM Modi said.

Modi said since 2014 his government has initiated changes in the agriculture sector aimed at empowering the farmer.