The two leaders underlined the need for all countries to ensure that their territory is not used to launch terrorist attacks on other countries in any manner. 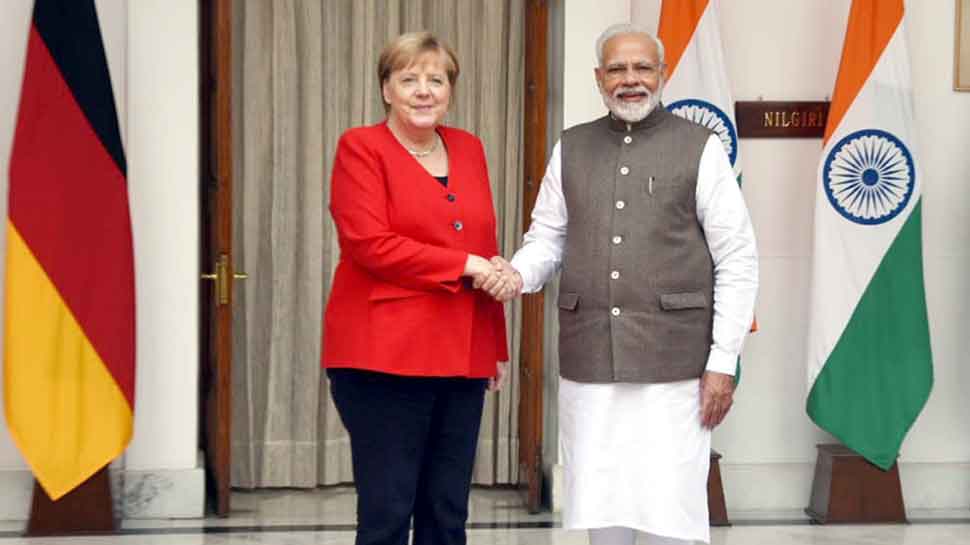 New Delhi: India and Germany called upon the international community on Friday to work towards rooting out terrorist safe heaven and infrastructure, disrupt terror networks and financing channels and halt the cross-border movement of terrorists. A joint statement was issued after the 5th Inter-Governmental Consultations between visiting German Chancellor Angela Merkel and Prime Minister Narendra Modi.

The two leaders underlined the need for all countries to ensure that their territory is not used to launch terrorist attacks on other countries in any manner.

Referring to the need for presenting a united front in the fight against this global menace, the two leaders called for the finalisation and adoption of the Comprehensive Convention on International Terrorism (CCIT) in March 2020.

Both leaders also agreed that India and Germany must continue their cooperation within the framework of the Joint Working Group on Counter-Terrorism, including on information and intelligence sharing on terror networks and work together to share experiences on dealing with the growing phenomenon of radicalisation. They asked officials on both sides to schedule the next meeting of the Joint Working Group on Counter-Terrorism at the earliest, the joint statement said.

The 73-point statement had a large section devoted to `Strengthening Cooperation in the Field of Artificial Intelligence and Digital Transformation`. Under it, both sides decided to intensify cooperation towards collaboration on the next-generation technologies.

Both sides are to enhance collaboration in the area of AI for health. They welcomed the first stakeholder meeting in Berlin in September 2019 and agreed on facilitating another such meeting in India.

Both leaders welcomed AI collaborations in agriculture such as precision farming with the aim to increase efficiency and to save resources as well as reduction of food losses and waste. Additionally, both ministries of agriculture aim to establish open training datasets for AI applications that also address legal issues.

The other points in the joint statement were on expanding frontiers of trade and investment through innovation and knowledge and taking action for climate and sustainable development.