Taliban militants wearing Afghan Army uniforms killed at least 50 soldiers in a gun and suicide attack at a base in northern Afghanistan on Friday. 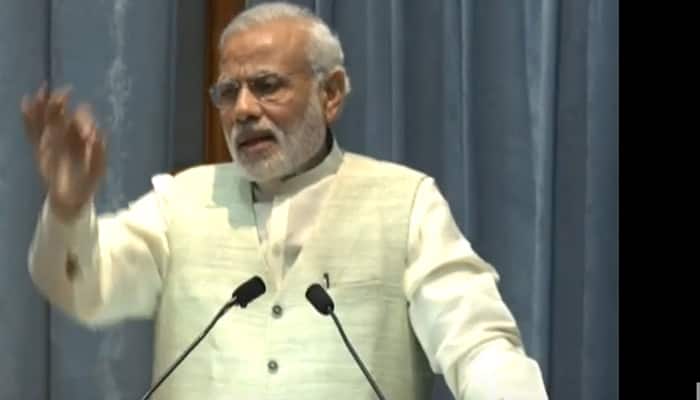 New Delhi: Prime Minister Narendra Modi on Saturday condemned the terror attack on a military base in northern Afghanistan.

"Strongly condemn the cowardly terror attack in Mazar-i- sharif. Our prayers and condolences to the families who lost loved ones," he said in a tweet.

Taliban militants wearing Afghan Army uniforms killed at least 50 soldiers in a gun and suicide attack at a base in northern Afghanistan on Friday, the US military said, as the extremists ramp up their campaign against beleaguered government forces.

Two of the attackers blew themselves up and seven were killed in the assault near Mazar-i-Sharif city, which lasted several hours and targeted soldiers at a mosque and dining facility, the Afghan Defence Ministry said.

One of the assailants was detained.

A US military spokesman said "more than 50" Afghan soldiers were killed in the attack claimed by the Taliban, while Afghan officials put the death toll at eight with 11 wounded.

General John Nicholson, the top US commander in Afghanistan, praised Afghan commandos for bringing the "atrocity to an end".

The latest deadly attack against an Afghan military site underscores rising insecurity in the war-torn country as it braces for an intense fighting season in the spring.

DNA: HEARTBREAKING! Syrian photographer puts down his camera to save a boy – Watch video