"Congratulations @BorisJohnson on assuming office as Prime Minister of the United Kingdom. I wish you success and look forward to working with you to further strengthen India - UK partnership in all spheres. @10DowningStreet," tweeted PM Modi. 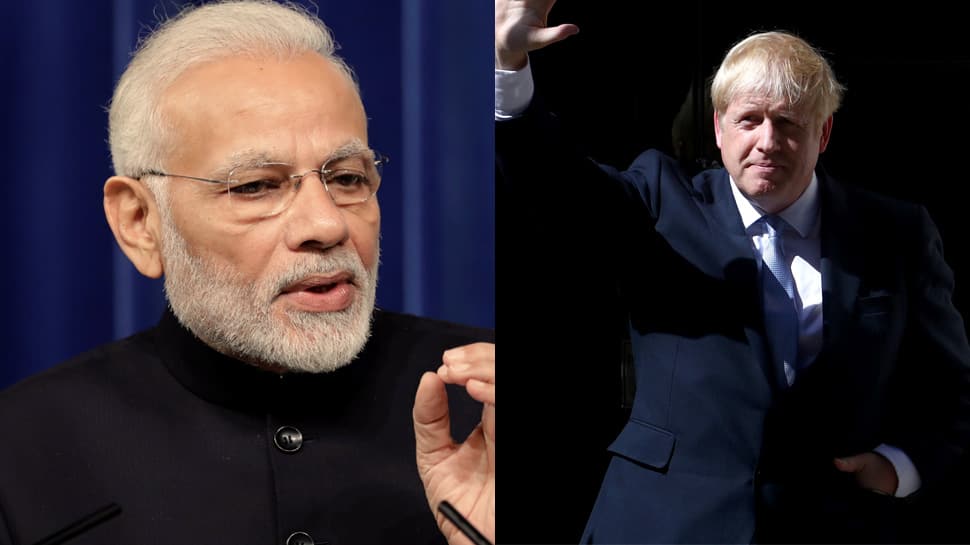 Prime Minister Narendra Modi on Wednesday congratulated Boris Johnson on becoming the new Prime Minister of Britain. Taking to Twitter, PM Modi wished him success, adding that he looked forward to working with Johnson to further strengthen the partnership between India and the UK in all spheres.

"Congratulations @BorisJohnson on assuming office as Prime Minister of the United Kingdom. I wish you success and look forward to working with you to further strengthen India - UK partnership in all spheres. @10DowningStreet," tweeted PM Modi.

Johnson on Wednesday officially became the Prime Minister of the country, following the step down of his predecessor Theresa May. After assuming office, Johnson tweeted, "We in this Government will work flat out to give this country the leadership it deserves. That work begins now."

Johnson visited Buckingham Palace where he met Queen Elizabeth II for almost an hour. The Royal family tweeted an image of Johnson with the Queen. He has been asked to form a new government, it tweeted.

In a brief statement, it said, "The Queen received in Audience The Right Honourable Boris Johnson MP this afternoon and requested him to form a new Administration. Mr Johnson accepted Her Majesty's offer and kissed hands upon his appointment as Prime Minister and First Lord of the Treasury."

Johnson had on Tuesday won the race to become the head of the conservative party after securing 92,153 votes to his rival Jeremy Hunt's 46,656 votes. 1,60,000 grassroots Conservative party members across the UK had voted to choose the next occupant of 10 Downing Street after May's departure.