Counter-terrorism and defence are likely to top the agenda of discussions when PM Narendra Modi meets French President Emmanuel Macron. 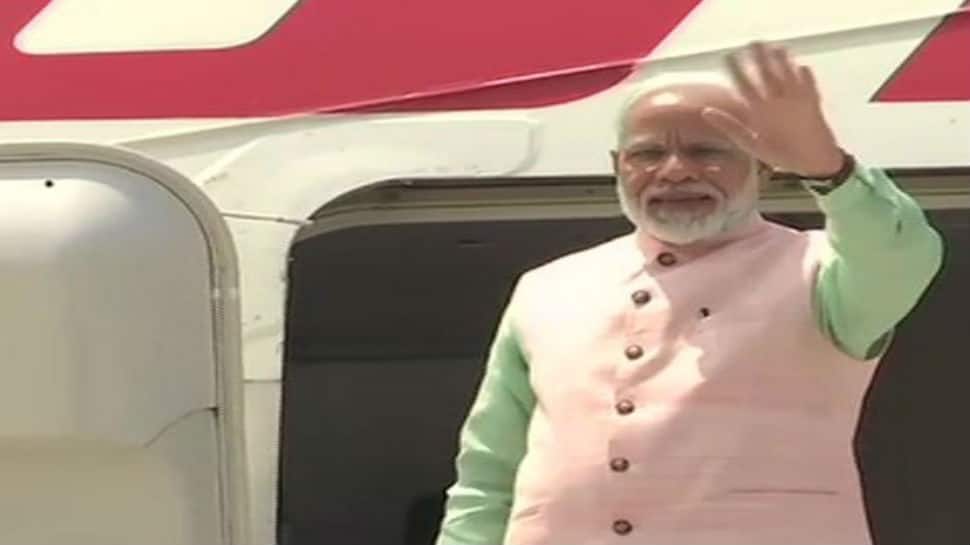 New Delhi: Prime Minister Narendra Modi left on a three-nation tour on Thursday with France being his first stop, followed by UAE and Bahrain.

In Paris, PM Modi is scheduled to hold bilateral talks in French President Emmanuel Macron with counter-terrorism and defence topping the agenda of discussions. He will arive at Charles de Gaulle airport in Paris around 5.30 pm on Thursday before meeting Macron at 6.15 pm (Central European Summer Time). Delegation-level talks will take place at 7 pm, followed by press statements at 8 pm (Central European Summer Time). PM Modi will then be hosted for dinner by Macron at 8.15 pm. The dinner will be at Chateau de Chantilly, a 19th-century site located in Oise, 60 km from Paris.

PM Modi is also scheduled to address the Indian community in France on Friday and will inaugurate a memorial for victims of an Air India crash several decades ago. He will then depart for UAE, visit Baharain on Saturday and return to France for the G7 Summit on Sunday. "The bilateral visit to France and the invitation to G7 Summit are in keeping with the tradition of strong and close partnership and high-level political contacts between India and France," the Ministry of External Affairs said in a statement.