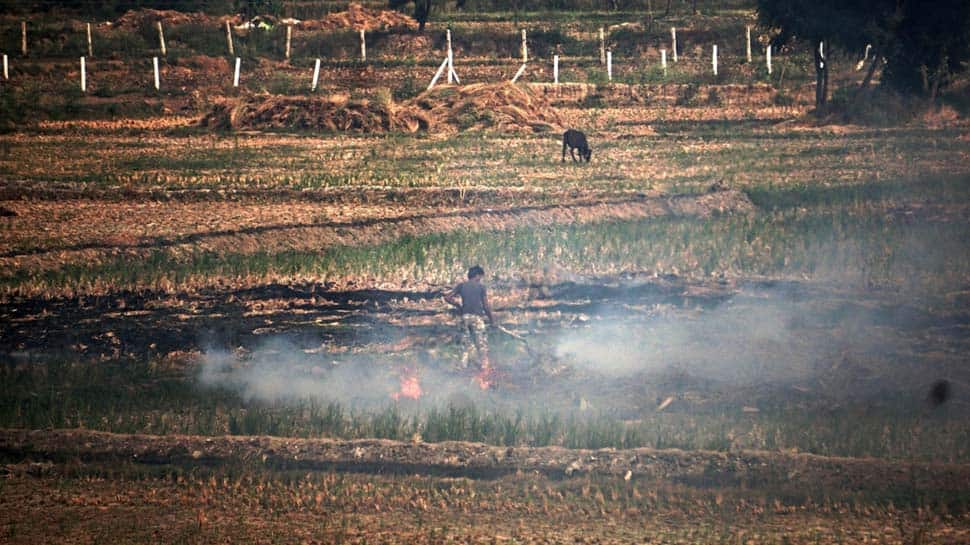 Prime Minister Narendra Modi on Wednesday took over the issue of stubble burning in his own hands, directing the Agriculture Ministry to give priority to the farmers of Uttar Pradesh, Punjab and Haryana in the distribution of equipment to prevent such occurrences.

He gave the instruction during the 31st interaction through PRAGATI--the ICT based multi-modal platform for Pro-Active Governance and Timely Implementation. The PRAGATI meeting witnessed a review of 9 projects worth over Rs 61,000 crore related to 16 states and the Union Territory of Jammu & Kashmir. Grievances of citizens working abroad along with subjects like National Agriculture Market and Aspirational District Programme were also discussed.

The PM directed that based on e-models of demand aggregation, Ministry of Road, Transport and Highways and Ministry of Agriculture and Farmers’ Welfare should work together on a new start-up model of logistics support, particularly with regard to the transfer of agricultural products from one state to another. He said that all the states must come together and use a common, integrated platform for smooth operation.

PM Modi laid stress on the importance of focussing on education and healthcare of tribal children. He also emphasized on the need to decide on timelines to bring the backward districts up to the national average. He also stressed that young officers must be deployed in aspirational districts.

The Prime Minister further reviewed the progress of infrastructure connectivity projects including Katra-Banihal Railway Line. He gave explicit instructions on speedy completion of the project by 2020. To provide faster and safer connectivity between Delhi and Meerut, the PM said that Delhi-Meerut Expressway should be completed by the revised timeline of May 2020.