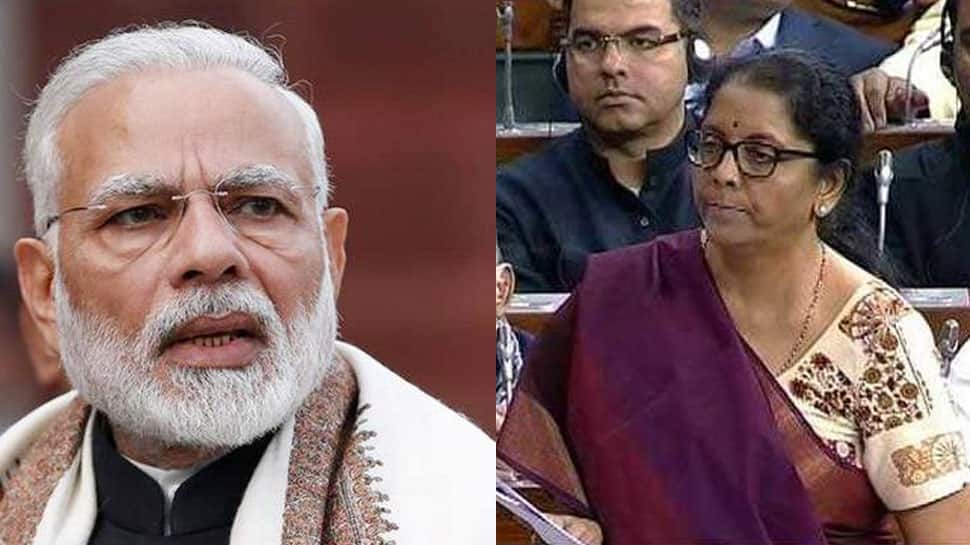 Defence Minister @nsitharaman's speech in the Parliament demolishes the campaign of calumny on Rafale. Must watch!https://t.co/xDoz68QfRUhttps://t.co/LHokukTx9r

Along with his tweet, PM Modi also posted the video of her reply after a debate in the Lower House on the Rafale jets deal.

Hailing the Defence Minister, BJP president Amit Shah too said, "A LIE goes only so far and no further. Defence Minister Sitharaman ji has completely demolished Congress party`s lies and misinformation campaign on Rafale with her excellent speech loaded with facts."

A LIE goes only so far and no further.

I congratulate her for bringing the truth to the nation.

Concluding his tweet, the BJP chief congratulated Sitharaman for "bringing the truth to the nation".

Well done! Smt. Nirmala Sitharaman ji, for an outstanding performance. You demolished the fake campaign. We are all proud of your performance. @nsitharaman

The encouraging responses and tweets from the BJP central leadership came after Sitharaman, while speaking in Lok Sabha on Friday, dismissed all allegations of corruption in the Rafale fighter jet deal and said it was "far better on every count" on pricing, processes and other factors.

Sitharaman hit back at the Congress saying while the Bofors deal was a scam, the Rafale deal would bring Narendra Modi back to power in the coming elections.

In a spirited two-and-half hour reply in the Lok Saba to a debate on the deal in which she gave as much as she received from the Opposition, she said Congress dilly-dallied on the deal and did not conclude it for over 10 years, putting national security to jeopardy while the BJP government finalised the deal in 14 months.

The reply came on a day when Congress claimed "fresh revelations" that PM Modi increased the benchmark price from euro 5.2 billion to euro 8.2 billion, which Sitharaman rejected it as ''false.''

Getting emotional over Congress president Rahul Gandhi's attack on her and the Prime Minister, she said he had called them liars.

"I come from a middle-class family and have my honour intact and the Prime Minister comes from a poor background and has come up the hard way. Being 'naamdar' does not give the right to make baseless allegations. A family name does not give a right to call anyone a 'chor' (thief).

"It is not a prerogative of 'khaandan' (family) to protect themselves," she asked, referring to Gandhi's demand that he needed a chance to protect himself. My honour, PM's honour have been insulted. Have you apologised? Nobody has the right to call this. Who gives him the right to call us like that," she said.

"Bofors was a scam but Rafale is a decision taken in national interest. Congress lost its government due to Bofors. The Rafale deal will bring back PM Modi to have a new India, transforming India and to remove corruption" the Minister said in a reply to a debate on the deal that was acrimonious and marked often by interruptions from the Opposition benches.

After the Defence Minister's reply, Rahul Gandhi said he did not accuse her of being involved in the deal.

"I had only accused the Prime Minister of direct involvement in the Rafale deal."

He also wanted to know a "'yes or no' to his question whether Defence Ministry had said that the PM should not be bypassing the defence establishment".

Attacking the Congress for its failure to clinch the deal, she said there was a difference between defence dealings and dealing in defence, in a veiled jibe at the Opposition party suggesting it was looking for kickbacks.

"There was a reason that the previous UPA government did not do anything required for the deal between 2006 and 2014. They (UPA) were dealing for 18 flyaway aircraft. Why there was no agreement? You did not even buy a single aircraft. They did not intend buying. There is a difference between ''defence dealings'' and ''dealing in defence.'' We deal in defence as national security with priority," she said.

Targeting UPA's Defence Minister AK Antony, Sitharaman said he had stated in February, 2014 that there was "no money" to go ahead with deal for buying Medium Multi-Role Combat Aircraft (MMRCA) under which 18 were to be procured in a flyaway condition from Dassault Aviation and the rest 108 to be manufactured by public sector undertaking HAL under transfer of technology.

She said the commercial bid of MMRCA "non-deal" was opened in 2011 and Dassault Aviation, which manufactures Rafale, became L1 but Antony directed independent monitoring to examine how the lowest bidder emerged.

She said the independent monitor cleared the process but they did not buy aircraft even after that and an order was passed to reexamine the approach and methodology of the contract negotiating committee.

"This is the kind of 'khilwad' (tampering). This was interference because somebody did not receive something from somewhere. The deal did not suit you. It did not give money. Their 'treasury security' was important not the national security," she said.

Sitharaman also accused the Congress of shedding crocodile tears for HAL and accused the UPA of not doing anything to empower the public sector undertaking.

Responding to the Ppposition questions on why only 36 aircraft were finalised and not 126 as was proposed by the UPA government, the Minister said that the government followed the traditions of buying two squadrons as it was urgently required given the fragile security environment.