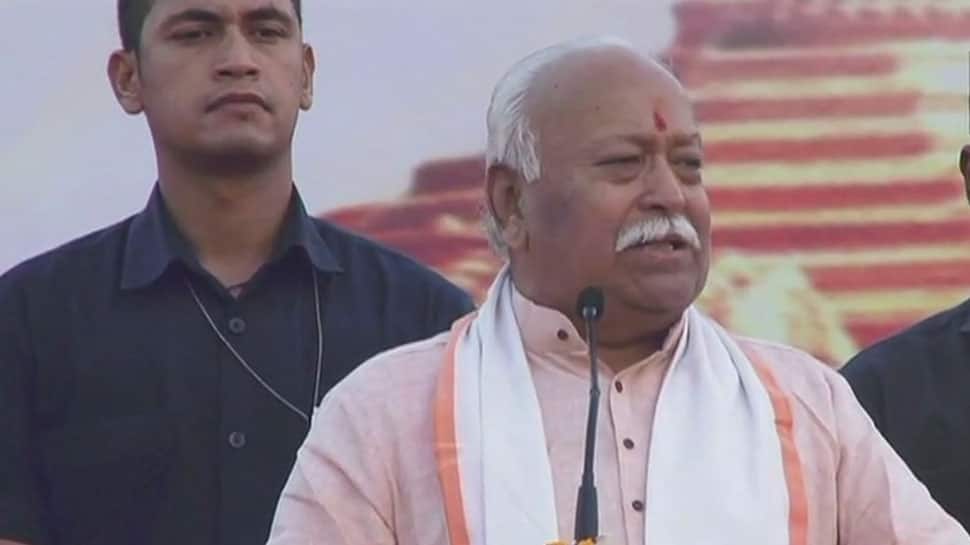 The RSS chief made the statement during his annual Vijayadashami address at the RSS headquarters in Nagpur. Bhagwat said PM Modi and Shah have fulfilled a long pending demand of millions of Indians. He added that the two leaders deserve praise because they scrapped Article 370 after taking other political parties into confidence.

“The move of the re-elected regime to nullify Article 370 has once again proved that it has the courage to fulfil those expectations and respect people’s sentiments and wishes in the interest of the country,” the RSS chief said at Reshimbagh Ground.

It may be recalled that on August 15, 2019 Bhagwat had praised Modi government for revoking Article 370. “Modi hai to mumkin hai [Modi makes it possible],” Bhagwat had said while addressing a gathering at the RSS headquarters in Nagpur on August 15.

"But diversity of caste, creed, language and region are being used by vested interests to separate one from another, turning them to differences; imposing fabricated identities on manufactured separations," he said. "It is essential to be alert in identifying plots of vested interest and counter them on intellectual and social planes... Alertness is a constant necessity," he added.