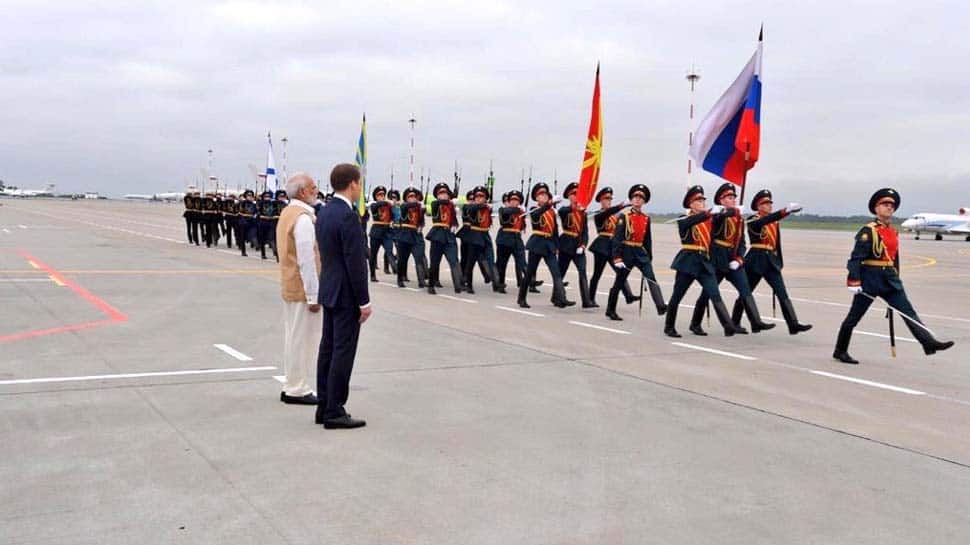 Prime Minister Narendra Modi is in Russia on a 36-hour visit to participate in the 20th India-Russia annual summit and the fifth meeting of the Eastern Economic Forum (EEF). He arrived in Vladivostok on Wednesday and received a guard of honour at the Vladivostok International Airport in the presence of Russia`s Deputy Foreign Minister Igor Morgulov.

PM Modi was welcomed by the Indian diaspora in Russia, at the Far Eastern Federal University (FEFU) in Vladivostok. After landing in the far eastern Russian city, PM Modi tweeted, "Landed in Vladivostok, capital of the Russian Far East and the crossroads of a dynamic region. Looking forward to joining various programmes in this short but important visit."

Foreign Secretary Vijay Gokhale had said that PM Modi is on a short visit to Russia only for just 36 hours. The PM will depart from Vladivostok on Thursday evening.

Here is the full schedule of PM Modi in Russia:

During the visit, the Prime Minister is scheduled to hold talks with Russian President Vladimir Putin in which the two leaders will discuss bilateral, regional, and international issues of mutual interest. Following this, the two sides will sign agreements in the fields of defence, trade, investments, industrial cooperation, energy and connectivity corridors.

The issue of tension between India and Pakistan over Jammu and Kashmir may also figure in the talks. Russia was the first of the five permanent United Nations Security Council members to back New Delhi on the removal of special status for the erstwhile state of Jammu and Kashmir. Russia has rebuffed Pakistan`s attempts to seek mediation, saying that it is a bilateral matter between India and Pakistan.