Prime Minister Narendra Modi inaugurated the 7500th Janaushadhi Kendra at NEIGRIHMS in Shillong on Sunday and dedicated the same to the nation. 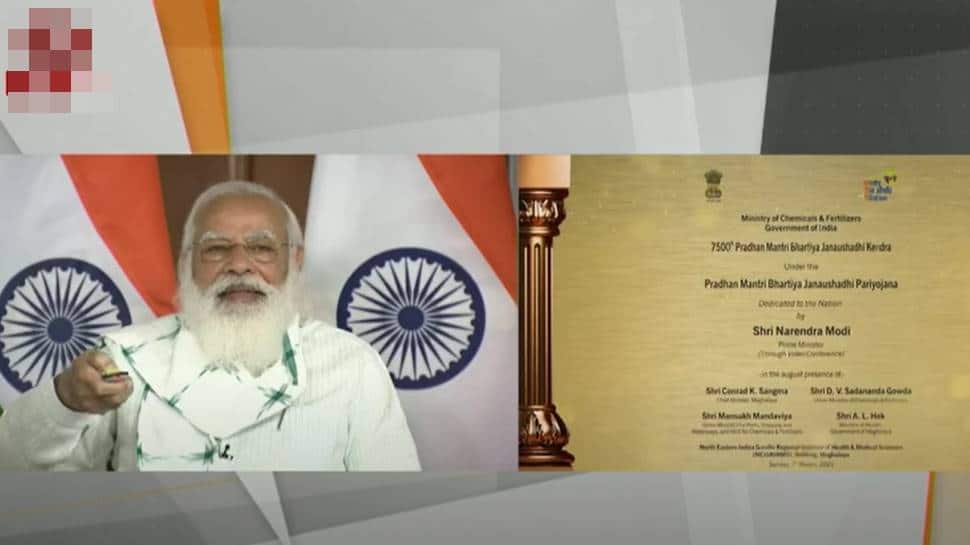 New Delhi: Prime Minister Narendra Modi inaugurated the 7500th Janaushadhi Kendra at NEIGRIHMS in Shillong on Sunday and dedicated the same to the nation.

PM Modi participated throught a video conference and also interacted with people from different parts of the country.

The 'Janaushadhi Week' is being celebrated across the nation from March 1 to March 7 to create awareness about the 'Janaushadhi' scheme, the Prime Minister said it is helping countrymen living in tribal areas in the North East and the mountainous areas.

"Today when the 7,500th centre has been inaugurated, it has been held in Shillong. It is clear from this how much public health centres are expanding in the North East," Modi said.

Underlining the various steps taken up by his government to make healthcare affordable to the poor and needy, he said prices of essential drugs as well as medical devices such as stents and knee implants have been reduced manifold.

From 86 centres in 2014, the number of stores under the scheme has grown to 7,500, covering all districts of the country.

To create more awareness about 'Janaushadhi', an entire week -- from March 1 to March 7 -- is being celebrated as "Janaushadhi Week" across the nation, with the theme of "Jan Aushadhi -- Seva Bhi, Rozgar Bhi".

This the priome minister's visit since the election dates were announced.

Elections in West Bengal will be held from March 27 in eight phases across the state. The counting of votes will take place on May 2.

It will be a triangular contest this time with TMC, Congress-Left alliance and the BJP in the fray.