The NMIC has been set up at the cost of Rs 140.61 crore in the Films Division campus in Mumbai. 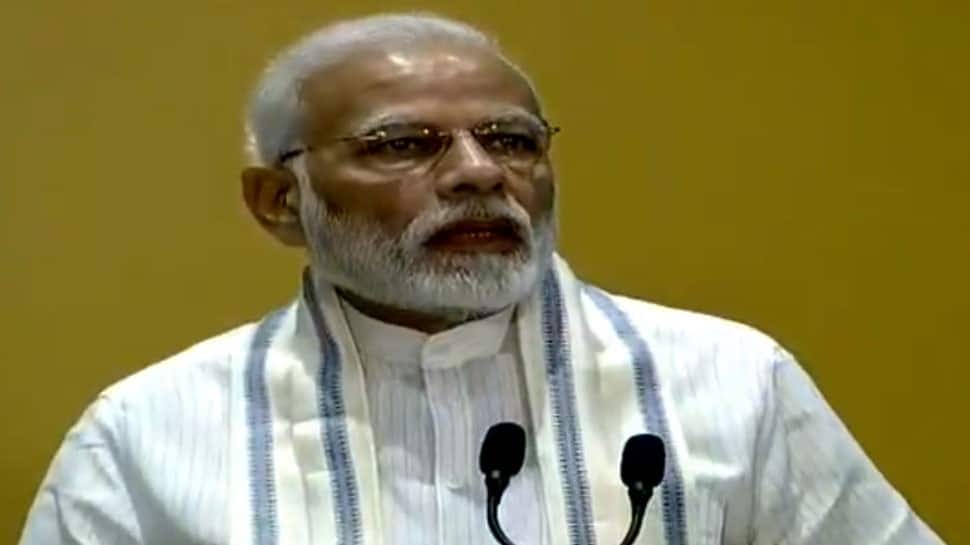 MUMBAI: While stating that films are a true reflection of our society, Prime Minister Narendra Modi on Saturday inaugurated the one-of-its-kind National Museum of India Cinema (NMIC) in Mumbai.

Speaking on the occasion, PM Modi said, ''Films represent Indianness in the world. Indian films are a mirror of Indianness.''

PM Modi said that the Indian cinema has gone global and it has an audience in every nooks and corner of the world today.

''Films and society are a reflection of each other. We have watched movies on India's poverty and helplessness, but now we have films where if there is a problem, there is a solution too,'' the PM said while addressing an august audience after the inauguration of the NMIC.

''Today, our films provide a solution for the problems. India is changing and India is finding a solution. If there are a million problems, there are a billion solutions, too,'' PM Modi elaborated.

PM Modi began his speech by asking the audience, "How's the josh?" to which the gathering responded by saying ''high Sir.''

#WATCH: PM Modi asks "How's the josh?" at the inauguration of National Museum of Indian Cinema in Mumbai. pic.twitter.com/KgcqJoKtYp

During his speech, PM Modi also assured the film fraternity that in order to curb piracy, the government was taking adequate steps to make amendments in the Cinematograph Act 1952.

PM Narendra Modi was accompanied by Union I&B Minister Rajyavardhan Singh Rathore and Central Board of Film Certification chief Prasoon Joshi at the inauguration of National Museum of Indian Cinema.

The NMIC - a first-of-its-kind museum preserving the film heritage of India - is housed in two buildings - the New Museum Building and the 19th-century historic palace Gulshan Mahal - in the Films Division campus in Mumbai.

Set up at the cost of Rs 140.61 crore, the museum will offer visitors a glimpse of the evolution of Indian cinema in a storytelling mode with the help of visuals, graphics, artifacts, interactive exhibits, and multimedia expositions.

Posters have also been put on display to map the journey of Indian cinema over the last century. Gulshan Mahal’s verandah allows a walk through multiple eras of Hindi and regional cinema, with the showcasing of posters, booklets, lobby cards and other exhibits.