PM Modi also addressed the nation and lauded the people of India for making 'swachhata' a 'jan andolan'. 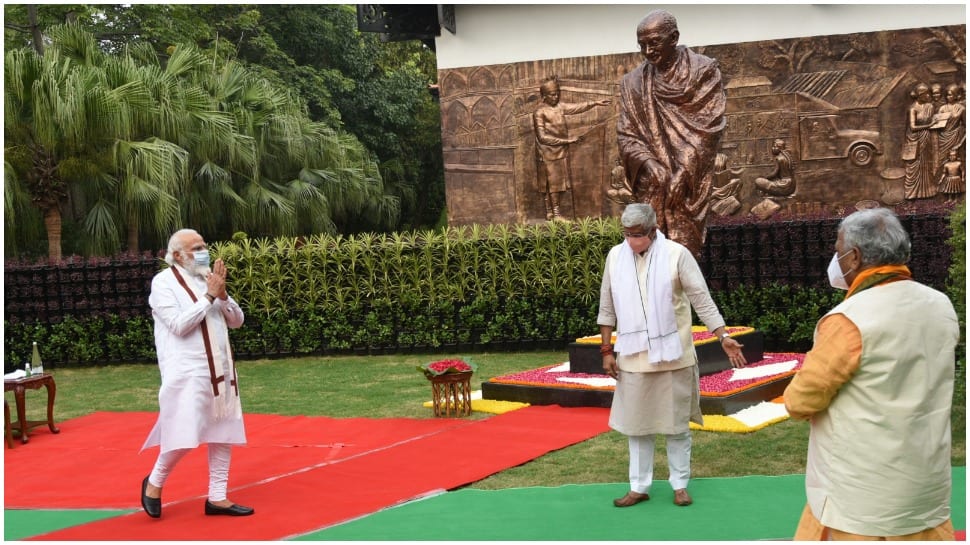 During this week, each day till August 15 will have special 'swachhata' initiatives in urban and rural India to re-enforce the 'jan andolan' for 'swachhata'.

PM Modi launched the campaign while inaugurating the Rashtriya Swachhata Kendra (RSK) which is an interactive experience centre on the Swachh Bharat Mission at the Gandhi Smriti and Darshan Samiti at Rajghat in New Delhi.

Prime Minister @narendramodi inaugurates the Rashtriya Swachhata Kendra - an interactive experience centre on the #SwachhBharatMission, at the Gandhi Smriti and Darshan Samiti at Rajghat, New Delhi

The RSK is a tribute to Mahatma Gandhi and was first announced by the Prime Minister in April 2017, on the occasion of the centenary celebrations of Gandhi's Champaran Satyagraha.

The RSK has a balanced mix of digital and outdoor installations tracking India’s transformation from having over 50 crore people defecating in the open in 2014 to becoming open defecation free in 2019.

PM Modi also took a tour of the three distinct sections of the RSK where he first experienced a unique 360° audiovisual immersive show in a Hall 1 which provides an overview of the Swachh Bharat journey.

He then moved to Hall 2 that contains a series of interactive LED panels, hologram boxes, interactive games and much more on the SBM.

PM Modi also saw the installations in the lawn adjacent to RSK which showcase three exhibits which are synonymous with the SBM - Mahatma Gandhi leading people to the Swachhata pledge, Rani Mistris of rural Jharkhand and children 'swachhagrahis' who call themselves Vaanar Sena.

He also briefly visited the RSK souvenir centre and then interacted with 36 school students from Delhi, representing all States and Union Territories of India at the amphitheatre of the RSK.

The children shared their experiences with 'swachhata' activities at home and at school, and their impressions of the RSK.

After interacting with the children, PM Modi addressed the nation and reminisced the journey of the Swachh Bharat Mission and dedicated the RSK as a permanent tribute to Mahatma Gandhi.

Prime Minister @narendramodi also interacts with 36 school students from Delhi, representing all States and Union Territories of India at the amphitheatre of the Rashtriya Swachhata Kendra, adhering to social distancing protocols.

He lauded the people of India for making 'swachhata' a 'jan andolan' and urged them to continue to do so in the future. He reiterated the importance of 'swachhata' in our daily lives, especially during our fight against the coronavirus.

Death toll in Kerala landslides rises to 24; search on to locate missing persons