Sources said the meeting at the Prime Minister's residence had in attendance all five secretaries in the finance ministry and other key ministries as well as top officials of the Niti Aayog. 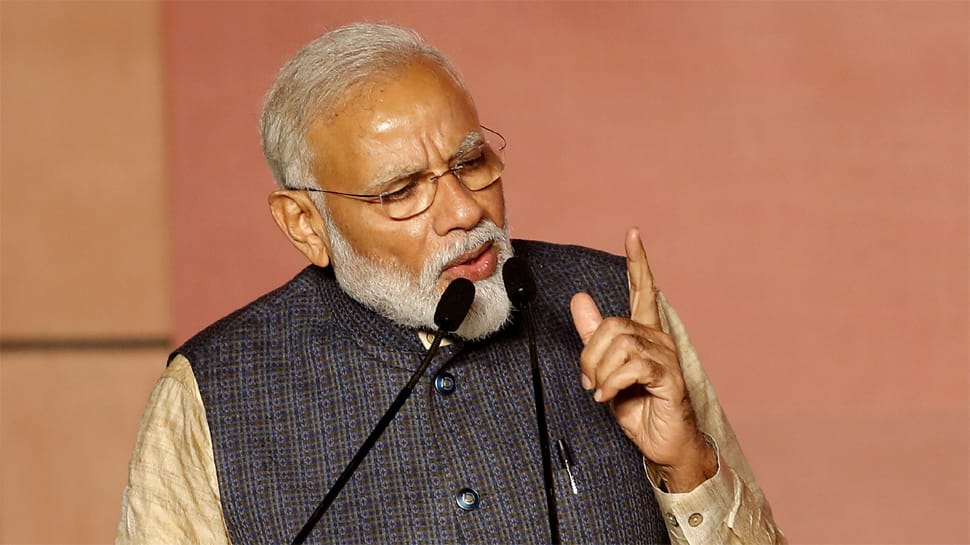 NEW DELHI: Ahead of the maiden budget of his second term in office, Prime Minister Narendra Modi on Tuesday brainstormed with top bureaucrats of finance and other ministries to finalise the government's 100-day agenda with a focus to revive the sagging economy and create jobs. Sources said the meeting at the Prime Minister's residence had in attendance all five secretaries in the finance ministry and other key ministries as well as top officials of the Niti Aayog.

The high-level meeting is also expected to clear a five-year vision for the government with view to achieve USD 5-trillion economy goal in the shortest possible time-frame. It is believed that future course of many of the prime minister's pet projects like doubling farmers' income, PM-KISAN, Pradhan Mantri Awas Yojana, piped water for all, electricity for all and others was discussed.

With the farm sector facing headwinds, Modi last week stressed upon the need for structural reforms in agriculture which would boost private investment, strengthen logistics and provide ample market support to farmers. The prime minister is likely to have discussed the road map for reforms for every department with a view to making it easier to do business in the country and boost the economy.

The agenda for increasing revenue mop-up and taking reform steps to push GDP growth, which has slipped to 5-year low of 6.8 per cent in 2018-19, may have also figured in the meeting, they said. Data showed that even though inflation continued to be within the RBI's comfort range, economic growth in January-March quarter slumped to a 5-year low of 5.8 per cent, pushing India behind China, due to poor showing by agriculture and manufacturing sectors.

With 2019-20 budget scheduled to be presented on July 5, Modi has started holding deliberations with top most bureaucrats for ideas, which could form part of the Budget. While steps to promote investments in manufacturing would be high on agenda, the Modi 2.0 government would also look at steps to address agriculture distress and improve farm income in the upcoming Budget.