“You must have seen that during the ASEAN summit in Bangkok recently, our PM took a very important decision that India will not be a part of RCEP… Farmers, labourers, factories and industries would have got affected had India joined the RCEP. This is a big decision,” he said in Arunachal Pradesh. 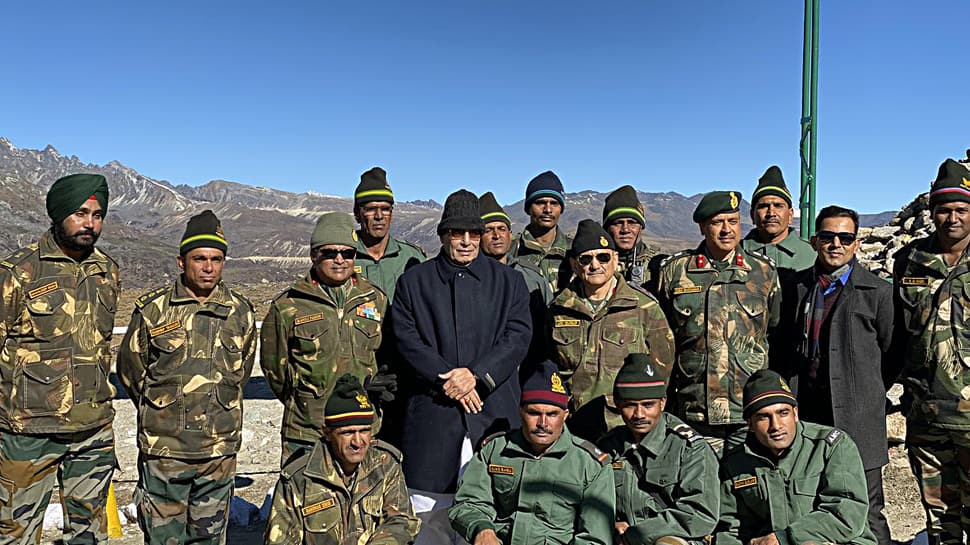 Union Defence Minister Rajnath Singh on Friday stated that Prime Minister Narendra Modi took the decision to stay out of the Regional Comprehensive Economic Partnership (RCEP), keeping in mind the economic interests of the country, especially the North-East. “You must have seen that during the ASEAN summit in Bangkok recently, our PM took a very important decision that India will not be a part of RCEP… Farmers, labourers, factories and industries would have got affected had India joined the RCEP. This is a big decision,” he said in Arunachal Pradesh.

Singh called for bolstering the border infrastructure, saying that national security is the topmost priority of the government. The Defence Minister was in Arunachal Pradesh inaugurating the 200-metre long Sisseri River bridge connecting Dibang Valley and Siang. The bridge will meet the long-pending demand of the people of the state as it would cut down the travel time from Pasighat to Roing by about five hours.

Singh said that the government has adopted the Border Area Development Programme (BADP) in its plan keeping in view security of the people residing in the border areas. “Infrastructural upgradation is necessary for the security of the North-East and the entire country,” he added.

He added that the government has initiated numerous infrastructure projects in the state--proposed Bhalukpong-Tenga-Tawang railway line, operationalisation of Pasighat airport, nod to Hollongi airport and approval to construct Sela Pass tunnel, reaffirming the government’s commitment to establishing a strong and efficient roadways, railways, airways, waterways and digital network in the region.

The Defence Minister added that the government’s focus on the Act East Policy would open new doors of rapid infrastructural development in the North-East, especially Arunachal Pradesh. He expressed confidence that just as the Sisseri River bridge would help the development of Lower Dibang Valley and East Siang, the strong infrastructure in Arunachal Pradesh would also act as a bridge between India and South-East Asian countries.

The Sisseri River bridge provides connectivity to Tinsukia via Dhola-Sadia bridge. This bridge is also strategically important from the military viewpoint and will be a part of Trans Arunachal Highway. He said the bridge will play an important role in the overall development adding that it would open more avenues in the fields of employment, trade and tourism.

Singh also commended BRO for constructing and maintaining roads and bridges in the border areas all over the country and meeting the strategic needs of the Armed Forces. There are four projects of BRO in the state namely Vartak, Arunank, Brahmank and Udayak working relentlessly to meet the strategic requirement of the nation and also immensely contributing in the socio-economic development of the region.