After the PM, Defence Minister Rajnath Singh and Home Minister Amit Shah were among the other who took oath as Lok Sabha members. 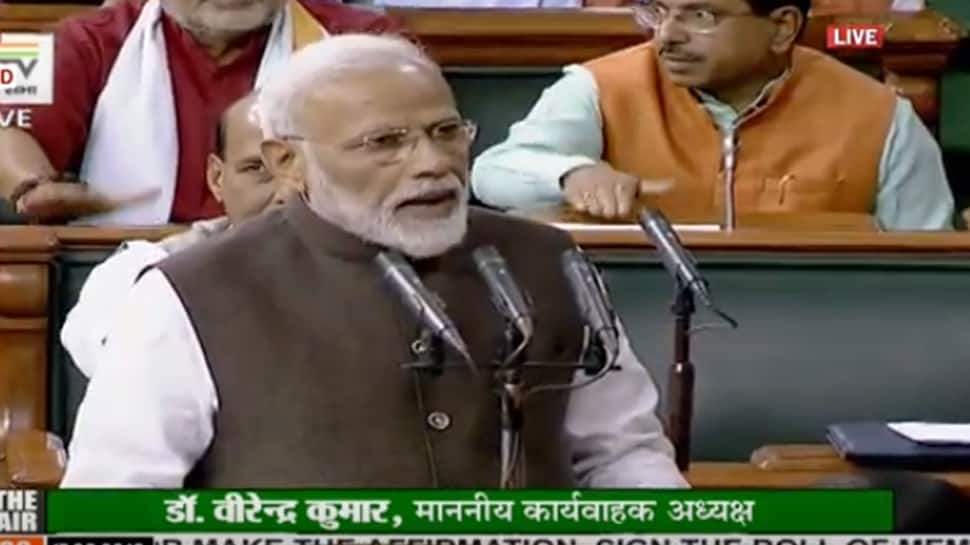 NEW DELHI: Amid chants and thunderous applause, Prime Minister Narendra Modi on Monday took oath as a member of the new Lok Sabha. The PM, who is also the leader of the House, took oath after being re-elected from Varanasi parliamentary constituency in the Lok Sabha election. He was administererd the oath of duty by Protem Speaker Virendra Kumar, who was sworn in earlier in the day.

After the PM, Defence Minister Rajnath Singh and Home Minister Amit Shah were among the other who took oath as Lok Sabha members. The swearing-in ceremony of newly-elected MPs will be spread over two days.

The election for Speaker of the Lok Sabha will take place on June 19, and President Ram Nath Kovind will address the joint session of Parliament on June 20. The Budget Session of Parliament, which convened on Monday, will mainly be devoted to Oath taking, Election of Speaker, the Motion of Thanks on the President’s Address, Financial Business relating to Union Budget for 2019-20. It will also see the passing of the Union Budget and some key legislations like Triple Talaq bill are on top of the government agenda.

Ahead of the Budget Session, the Prime Minister urged all opposition parties to come together and work for the larger interest of the country. He said, "More than paksh (ruling party), vipaksh (opposition party), nishpaksh (unbiased) spirit is more important. We will try to maintain the dignity of Parliament in the next five years."