PM Narendra Modi sets out for US: Direct flight to avoid Afghanistan, Pakistan gives nod for its airspace usage

According to government sources, India had sought permission from Pakistan regarding the usage of Pakistan's airspace for Prime Minister Modi's flight to the US, for which a nod was given by Islamabad. 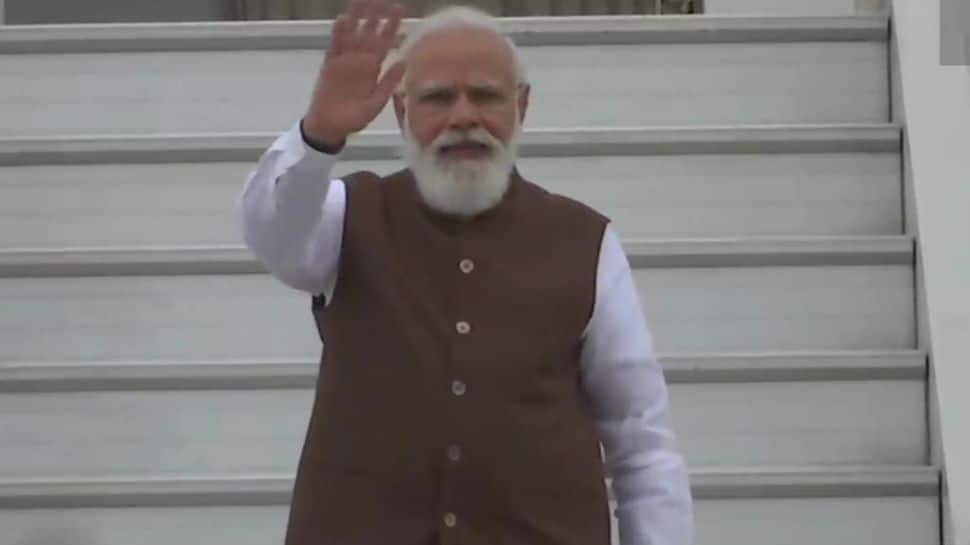 New Delhi: Prime Minister Narendra Modi's non-stop flight to the US on Wednesday (September 22) will fly over Pakistan's airspace to avoid Afghanistan. Prime Minister Narendra Modi has embarked on a three-day visit to the United States on Wednesday where he will address the UN General Assembly and attend the Quad Summit as well as hold a bilateral meet with US President Joe Biden at the White House.

According to government sources, India had sought permission from Pakistan regarding the usage of Pakistan's airspace for Prime Minister Modi's flight to the US, for which a nod was given by Islamabad.

Notably, Pakistan had previously denied the permission of President Ram Nath Kovind and Prime Minister Modi to use Pakistan's airspace thrice to travel to foreign countries in 2019 after India abrogated Article 370 from Jammu and Kashmir.

Islamabad had even denied permission when PM Modi was visiting the US and Germany and President Kovind was visiting Iceland. "In view of the situation in (Jammu and) Kashmir and India's attitude, oppression and barbarity... and the violation of rights in the region, we have decided not to give permission to the Indian prime minister and we have conveyed this decision to the Indian High Commission," Pakistan foreign ministry had said in a statement in 2019.

After that India had officially registered protest against Pakistan with International Civil Aviation Organisation (ICAO) on the denial. Meanwhile, India had permitted the usage of airspace for Pakistan's Prime Minister Imran Khan's plane to visit Sri Lanka this year.

Watch the video as PM Modi embarks on the journey to US:

The aircraft carrying PM Modi and the Indian high-level delegation took off from the Indian Air Force (IAF) Technical Airbase in Delhi on Wednesday morning. The new Boeing B-777 aircraft Extra Range (ER300) aircraft, which was recently modified for VVIP guests of India is also equipped with advanced defence systems.

The B-777 will take 15 hours of non-stop flight directly to the US. As it is avoiding Afghanistan's airspace, the flight will fly extra hours for the US  trip. The VVIP plane will avoid Afghanistan airspace, as the country had closed its airspace for any commercial use.

The new regime in Afghanistan announced the closure of its airspace on August 16 just after the Taliban took full control of the nation. Due to the precarious security situation in Afghanistan, the Indian government has advised its carriers to avoid airspace over the country.

Singer Arif Kohli On His Success In Music Industry, "It Makes Me Happy"