The Prime Minister also reviewed the situation elsewhere in eastern India, where the cyclone conditions and heavy rains have caused massive damage of crop and property. 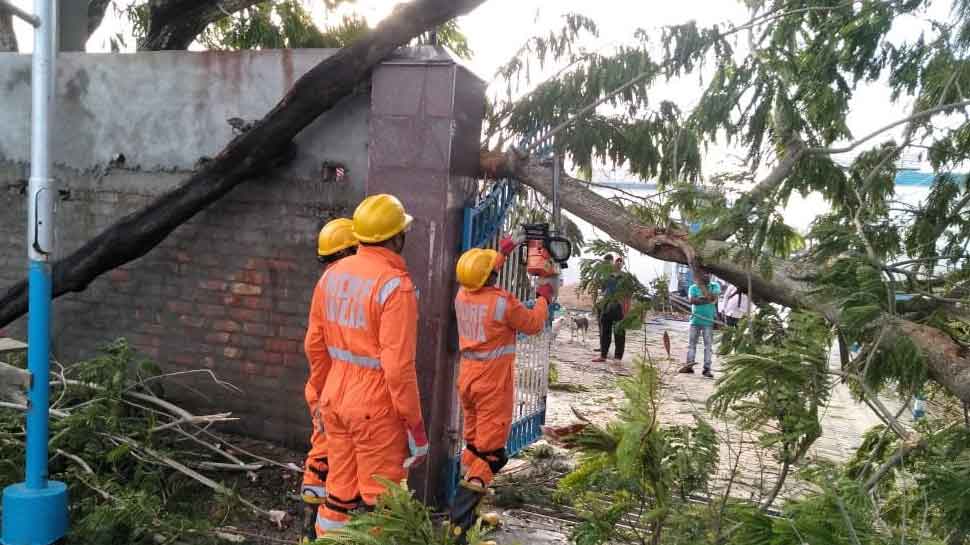 During his telephonic conversation, PM Modi assured the TMC leader of all possible assistance from the central government.

"Spoke to WB CM @MamataOfficial regarding the situation arising due to Cyclone Bulbul. I pray for everyone`s safety and well-being," he tweeted.

Reviewed the situation in the wake of cyclone conditions and heavy rain in parts of Eastern India.

Spoke to WB CM @MamataOfficial regarding the situation arising due to Cyclone Bulbul. Assured all possible assistance from the Centre. I pray for everyone’s safety and well-being.

The Prime Minister also reviewed the situation elsewhere in eastern India, where the cyclone conditions and heavy rains have caused massive damage of crop and property.

Meanwhile, two deaths were reported in West Bengal and 1 in Odisha due to Cyclone Bulbul.

West Bengal Chief Minister announced that her administration rescued 1,64,315 persons from the low lying areas in the coastal districts and at least 75 passengers of a cruise ship in the Bay of Bengal while severe Cyclone Bulbul raged on Saturday.

She said there was no report of any human casualty in the coastal districts. Banerjee said a major part of the cyclone had crossed the state and appealed to the people not to venture outdoors till the situation stabilises completely.

Meanwhile, Cyclone Bulbul lashed Bangladesh on Sunday, killing two people, injuring scores and damaging homes but prompt evacuations saved many lives and the worst was over.

No major damage was reported in camps in southeast Bangladesh where hundreds of thousands of refugees from neighbouring Myanmar are living.

A 60-year old fisherman, who authorities said had refused to flee to a shelter, was killed on Saturday night when a tree collapsed on his thatched home.

A woman, 52, who had spent the night in a shelter, returned home on Sunday but was killed when a tree crashed won on her house, said a Reuters report.

Some 2 million people from all of Bangladesh`s 13 coastal districts huddled in about 5,558 shelters on Saturday night.

About 1,200 predominantly domestic tourists were stuck at the Saint Martin island in the Cox`s Bazar district, Enamur Rahman, a junior minister for disaster management and relief, said.