Replying to the Motion Of Thanks on President Ram Nath Kovind's address in the Lok Sabha, PM Modi took a jibe at late prime minister Indira Gandhi for imposing Emergency in 1975. 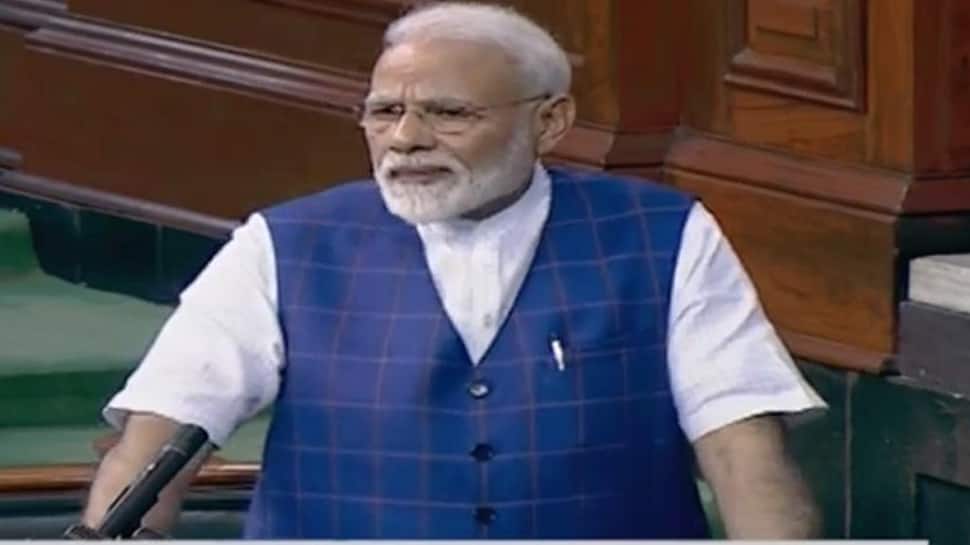 Prime Minister Narendra Modi on Tuesday launched a scathing attack on Congress accusing them of never appreciating or acknowledging the work of former prime ministers Atal Bihari Vajpayee, PV Narasimha Rao or Manmohan Singh. "Did those in power from 2004 to 2014 ever talk about the good work of Atal ji? Did they ever speak about the good work of Narasimha Rao ji? In this Lok Sabha debate the same people did not even speak about Manmohan Singh Ji," said PM Modi in the Lok Sabha.

Replying to the Motion Of Thanks on President Ram Nath Kovind's address in the Lok Sabha, PM Modi took a jibe at late prime minister Indira Gandhi for imposing Emergency in 1975, saying that the soul of India was crushed on the night of June 25, 1975, as the Congress party wanted to remain in power.

"On the night of June 25, 1975, the soul of the country was crushed. In India, democracy did not come into existence from the Constitution; it has been our soul for decades. That soul was crushed just because they wanted to remain in power," he said while replying to the Motion Of Thanks on President Ram Nath Kovind's address to Parliament.

Speaking on corruption, PM Modi asserted that the Bharatiya Janata Party-led government is against corruption which it will continue to pursue with full honesty and earnest, without any vindictiveness.

"Our job is to pursue cases fairly, to punish the guilty or granting them bail is the job of the judiciary. We follow the rule of law. Some members asked- why is Person A not in jail or Person B not in jail. I want to tell them- this is not Emergency where governments jailed people as they felt like. These decisions are taken by the courts. The courts will decide on jail and bail."

He also trained his guns on the grand old party by asking the Congress to support the Triple Talaq Bill to make up for two "missed opportunities" on the issue of women empowerment, particularly Muslims, in the past--once on the Uniform Civil Code and the other on Shah Bano judgement.

"Congress has missed two opportunities on the issue of women empowerment. They first missed in the 1950s when the Uniform Civil Code was being debated and then after 35 years when Shah Bano case came up. Now is the third chance when they can support Triple Talaq Bill," said the PM.

"There are reports that a Congress minister had said at the time when Shah Bano case was being debated in the country that `upliftment of Muslims is not the responsibility of the Congress if they want to lie in the gutter, let them be`," he added.

Speaking on the Sardar Sarovar Dam he said, "Sardar Sarovar Dam was the brainchild of Sardar Patel. But work on this dam kept getting delayed. As chief minister of Gujarat, I had to observe a fast for getting this project going. After the NDA government took office, the pace of work has increased immensely, benefitting many people." He added, "Today when we talk about water resources, I remember Dr Babasaheb Ambedkar. It was Babasaheb who worked diligently on waterways and irrigation."

"There are some people who feel only a few names contributed to national progress. They only want to hear those few names and ignore the others. We think differently, we feel each and every citizen has worked for India`s progress," he said. "We did not divert from our development path, we did not dilute our development agenda. It is important that the country progresses, every Indian is empowered and our nation has modern infrastructure. We believe in public welfare and modern infrastructure," he added.

PM Modi said that the 150th birth anniversary of Mahatma Gandhi and 75 years of India`s freedom are "landmark occasions in the history of India." "During the freedom struggle, brave women and men died for the nation. This led to Independence. Today, we have to live for the nation and build the India our freedom fighters dreamt of. I urge everyone to observe Gandhi 150 and 75 years of India`s freedom with great vigour," he said.