The Prime Minister will hold his annual interaction, 'Pariksha Pe Charcha' with almost 14 participants, including students, teachers and parents on April 7 at 7 pm. PM Modi will share tips on exam stress during the interaction. 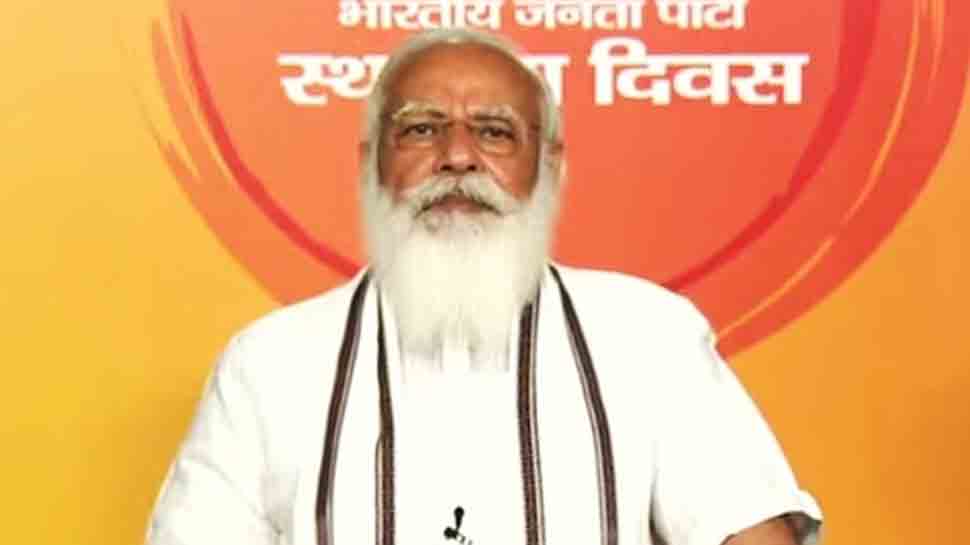 "A new format, several interesting questions on a wide range of subjects and a memorable discussion with our brave #ExamWarriors, parents and teachers. Watch 'Pariksha Pe Charcha' at 7 pm on 7th April," the prime minister tweeted. Along with his tweet, he also tagged a video on the event in which the highlights of this year's 'Pariksha Pe Charcha' were detailed.

"We have been living under the shadow of coronavirus for the last one year and because of that I have to forego the charm of meeting you in person and have to be with you in a new format -- the first virtual edition of 'Pariksha Pe Charcha'," Modi said in the video. He also urged students to look upon exams as an opportunity and not as an end of life's dreams.

A voice-over in the video said that PM Modi would speak with children as a friend and also interact with teachers and parents during the virtual event. Modi also talked about the pressure of what would people and parents say which sometimes became a burden. In the video, the prime minister also said that this was 'Pariksha Pe Charcha' but was not confined to just a discussion on 'Pariksha' or exams.

In February, it was announced that Modi's annual interaction with students would be held online this year in view of the COVID-19 pandemic. The first edition of the prime minister's interaction programme with school and college students "Pariksha Pe Charcha 1.0" was held at the Talkatora Stadium on February 16, 2018.

Who is Justice NV Ramana, next Chief Justice of India to take office from April 24