The Prime Minister will seek feedback from around 2.5 lakh beneficiaries of central and state-run public welfare schemes here on Saturday. 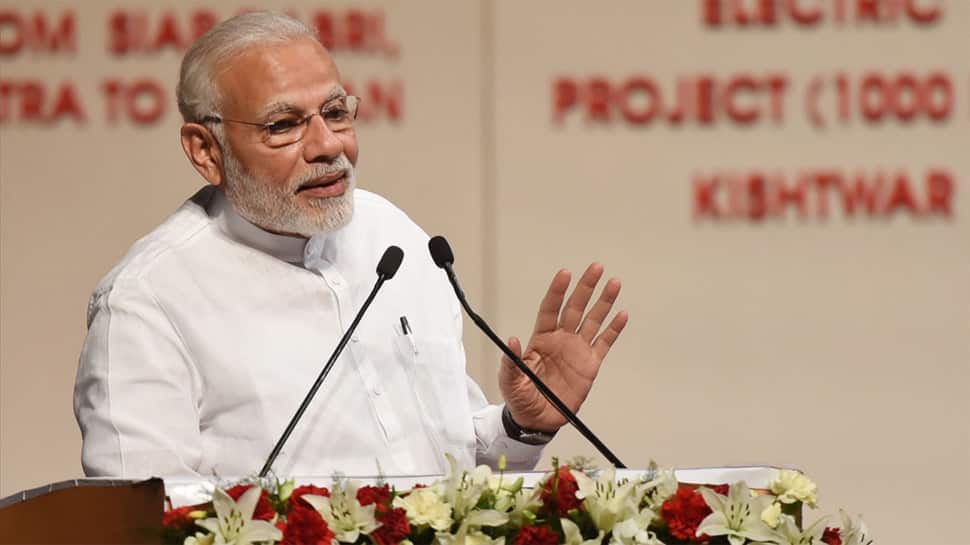 New Delhi: Prime Minister Narendra Modi arrived in Rajasthan's Jaipur on Saturday where he will lay the foundation stone for 13 infrastructure projects worth Rs 2,100 crore. Later in the day, he will also address a huge gathering of beneficiaries of government schemes.

Elaborate security arrangements have been made for the event. Sensitive areas in the city are covered by CCTV cameras, and temporary control rooms will alert the field units if they spot any suspicious activity.

The Prime Minister will seek feedback from around 2.5 lakh beneficiaries of central and state-run public welfare schemes in the state where the party faces a crucial assembly election this year.

Modi, at the 'Pradhan Mantri Jansanwad programme' at 'Amrudoon ka Bagh' here, will have one-on-one meetings with beneficiaries of the Ujjwal Yojana, the Pradhan Mantri Sanwad Yojana, the Mudra Yojana and the National Child Health Programme which are being run by the Central government and have benefitted 95,66,000 people in Rajasthan.

The presentation will be moderated by the CM Raje.

Among the important projects for which PM Modi will lay foundation are the Integrated Infrastructure package for the walled city of Udaipur, Elevated Road Project for Ajmer, Water Supply and Sewerage projects in various cities, Upgradation of STPs in Dholpur, Nagaur, Alwar, and Jodhpur.

Over 2 lakh beneficiaries have been invited from all 33 districts of the state to participate in this programme, news agency IANS reported. According to information, around 4.5 crore people of Rajasthan have benefitted from around 160 government schemes.

The state government has arranged 5,579 buses to bring people to the Amrudon Ka Bagh stadium where the PM is scheduled to address the gathering, officials said.

Responding to the allegations made by Congress against the ruling BJP for misutilising funds for the Prime Minister`s visit on Saturday, Bharatiya Janata Party Vice President and Rajasthan in-charge Avinash Rai Khanna said that the opposition party has insulted poor and downtrodden who have been invited here to meet Modi.

Slamming the Congress for its negative approach, he said it would have been better had it too joined hands in welcoming the Prime Minister in Jaipur.

Early in the morning, Khanna, accompanied by state Minister Yunus Khan, state BJP General Secretary Bhajanlal Sharma and many others, inspected the venue for Modi`s programme and expressed satisfaction at the arrangements being made to welcome Modi.

Referring to the cleanliness campaign, Deepotsav, painting on walls and human chains being formed, he said that the `Pink City` is all set to display its age-old tradition of welcoming guests in a unique way.

State BJP president Madanlal Saini charged the Congress with misutilising funds in the name of developing poor and downtrodden for years.