Prime Minister Narendra Modi has been speaking on various important issues through the monthly programme, which is aired on the last Sunday of every month. 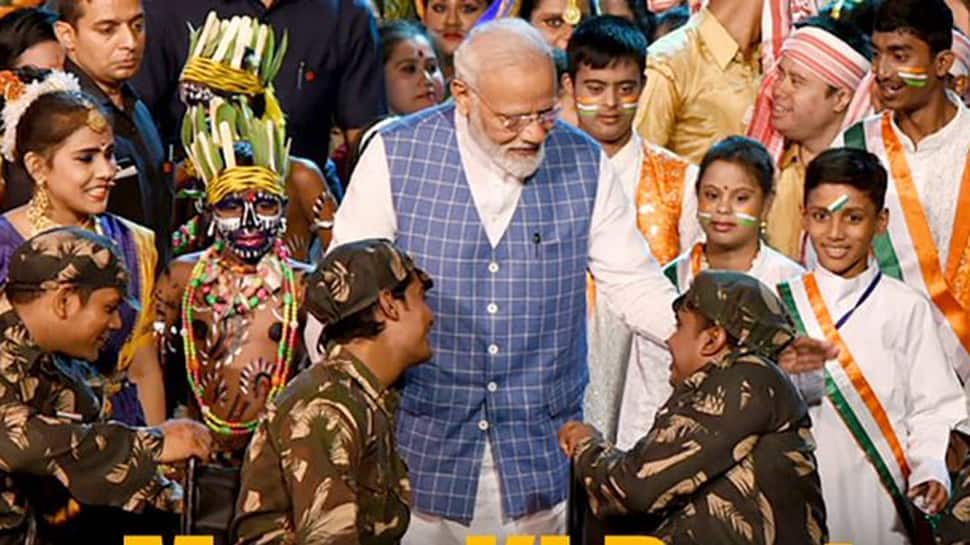 Prime Minister Narendra Modi will share his thoughts with the people of the country in his popular radio programme, Mann Ki Baat, at 11 am on Sunday. The programme can be heard live on All India Radio, DD and Narendra Modi mobile app.

Akashvani will broadcast Mann Ki Baat in regional languages immediately after the Hindi broadcast. The programme can also be heard on mobile phones by giving a missed call on 1922.

Do tune in at 11 this morning. #MannKiBaat pic.twitter.com/pxp2EgKj0r

The live broadcast of 'Mann Ki Baat' can be followed on - https://www.narendramodi.in/mann-ki-baat, http://allindiaradio.gov.in/ and DD National, DD News and DD Bharti.

The Prime Minister has been speaking on various important issues through the monthly programme, which is aired on the last Sunday of every month.

In the last edition of Mann Ki Baat, Prime Minister Modi had spoken about several issues, including the successful launch of Chandrayaan-2 mission, water conservation etc.

Referring to the Moon mission, Prime Minister Modi had said, "Chandrayaan 2 is Indian to the core. It is thoroughly Indian in heart and spirit. It is completely a swadeshi, homegrown mission." He said he had learned the lessons of "faith and fearlessness" from the mission to the moon."

“Chandrayaan 2 is a mission that is special on many counts. It will lead to a better understanding of the Moon on our part. We will be able to gather detailed information & knowledge. But if you ask me what the two greatest lessons I have received from Chandrayaan II, I shall say they are Faith & Fearlessness. We should trust our talents & capacities; we should have faith in them,” he had said.

Talking about the issue of water conservation, the Prime Minister had said, "The media has embarked upon quite a few innovative campaigns. Be it the Government or NGOs, something or the other is being carried out on a war footing. Witnessing the might of the collective is in itself heartwarming and satisfying."