Modi will also visit the Sant Ravidas temple on the occasion of Ravidas Jayanti. 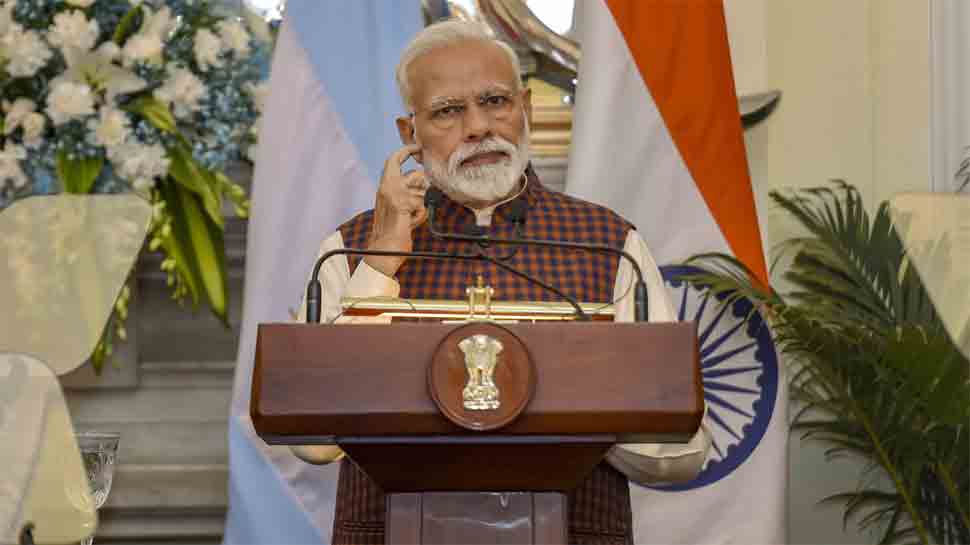 Varanasi: Prime Minister Narendra Modi will visit his Lok Sabha constituency Varanasi on Tuesday, where he will address a public meeting and inaugurate and lay the foundation stones of projects worth Rs 2,900 crore, BJP leaders said.

Modi will also visit the Sant Ravidas temple on the occasion of Ravidas Jayanti and lay the foundation stone of Ravidas Janmasthali (birthplace) area development project. As part of the project, a grand park will be constructed with a statue of the seer, the leaders said on Monday.

The prime minister will arrive at the Lal Bahadur Shastri International airport at Babatpur at around 9 am on Tuesday. He will head straight to Diesel Locomotives Work (DLW) to flag off an electric locomotive converted from a diesel engine, the leaders said.

From there, he will head to the Sant Ravidas temple to participate in the birth anniversary celebrations of the mystic poet of the Bhakti Movement.

Modi will then inaugurate the Mahamana Madan Mohan Malaviya Cancer Institute at Banaras Hindu University, where he will also interact with the beneficiaries of Ayushman Bharat scheme.

Lastly, the prime minister will address a public meeting at Audhey village in Rohaniya area before flying back to Delhi in the afternoon, the leaders said.

At the public meeting, Modi will inaugurate and lay the foundation stone of projects worth Rs 2,900 crore, they added.

The projects which will be inaugurated include super speciality and casualty blocks of 150-bed ESIC Hospital, 100-bed maternity wing of government women's hospital, upgradation of Deen Dayal Upadhyay Hospital and city community health centre at Shivpur.

Modi will also inaugurate a virtual museum at Man Mahal astronomical observatory and the long-awaited sound and light show at Sarnath.

A senior police official said security has been tightened in and around the places which will be visited by the prime minister.