In his third visit to Sri Lanka as Prime Minister of India, Narendra Modi is expected to underline the need for solidarity in the fight against terrorism. 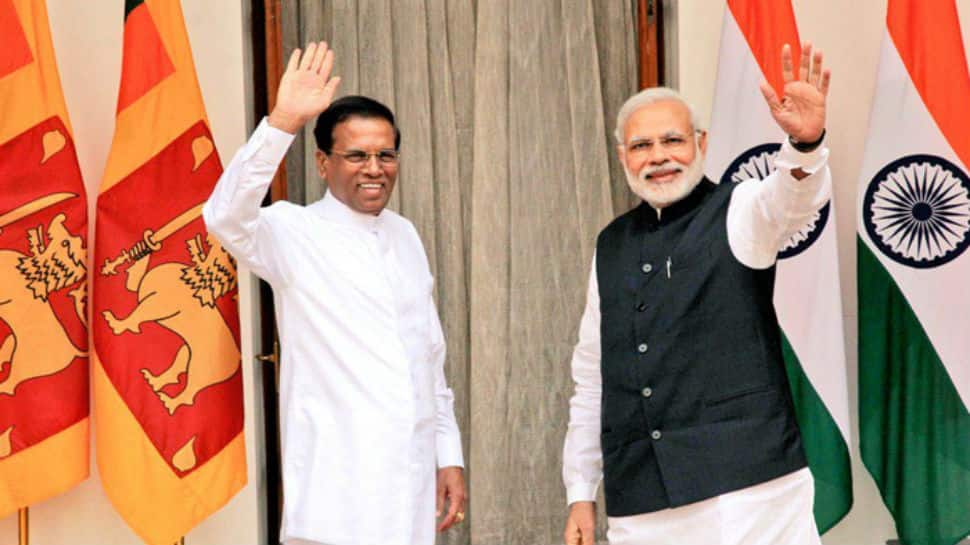 New Delhi: Underlining India's focus on giving priority its immediate neighbours, Prime Minister Narendra Modi will visit Sri Lanka on Sunday after his successful visit to the Maldives. He will be the first foreign leader in Colombo since the dastardly and unfortunate Easter bombings across Sri Lanka on April 21.

The Easter bombings had killed hundreds of locals as well as tourists in an attack that had shocked the island nation. India had expressed solidarity with the people of Sri Lanka and during his visit on Sunday, PM Modi is expected to highlight the need to join hands in the fight against terrorism. A zero-tolerance policy towards terrorism has been one of the key pillars of PM Modi's first tenure in office and remains on top of the list as he begins his second term.

In the Maldives, PM Modi had brought up the issue of state-sponsored terrorism and how there is an urgent need to blunt it. 'Terrorism is a danger not just for a country but the entire civilization. State-sponsored terrorism is the biggest threat today. It is important for the world community to come together to fight the challenge of terrorism and radicalization,'' he said in a speech to  Maldives lawmakers in the country's Parliament.

It is a message he is likely to reiterate in Sri Lanka as well. Expected to land at 11 AM, PM Modi will be hosted by Sri Lankan President Maithripala Sirisena for a luncheon followed by bilateral talks. The Ministry of External Affairs (MEA) has said that PM Modi will extend India's intention of standing with the people of Sri Lanka in the fight against terrorism.

Elaborate security arrangements have been made in Colombo with several traffic restrictions in place. This would be PM Modi's third visit to the country.