"One hears about policies but one rarely hears about the thinking behind it. He talked about the governance in particular and why the mistrust of the people on the ground colours our governance. It, therefore, creates structures of elite control over the governance process, not a responsive government," said Banerjee. 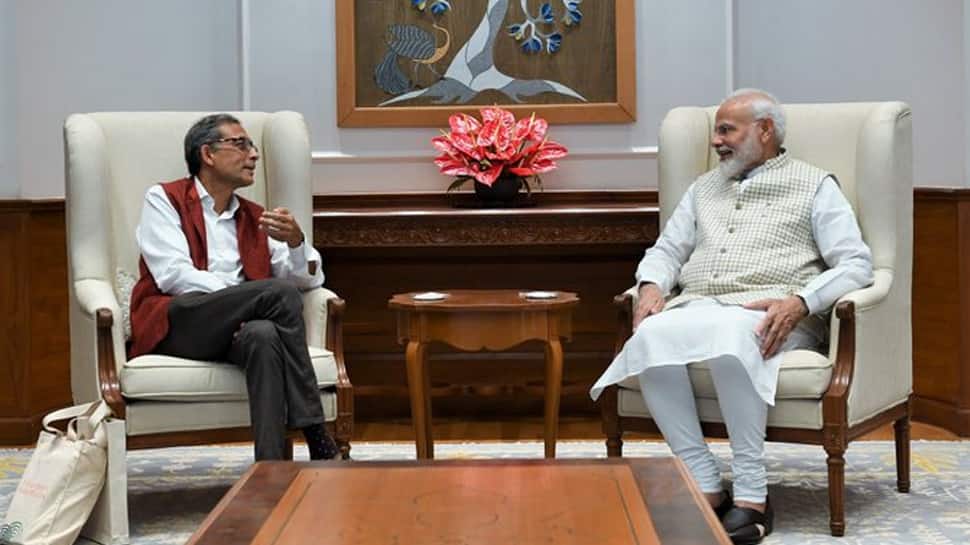 "It was a privilege to have this meeting with the PM. The PM was kind enough to give me quite a lot of time and to talk a lot about his way of thinking about India which was quite unique. One hears about policies but one rarely hears about the thinking behind it. He talked about the governance in particular and why the mistrust of the people on the ground colours our governance. It, therefore, creates structures of elite control over the governance process, not a responsive government. In the process, he also very nicely explained how he is trying to reform the bureaucracy to make it more responsive," said Banerjee.

After meeting Banerjee, PM Modi took to social media platform Twitter saying that they had a healthy and extensive interaction on various subjects. Praising him, the PM said that India is proud of his accomplishments.

"Excellent meeting with Nobel Laureate Abhijit Banerjee. His passion towards human empowerment is clearly visible. We had a healthy and extensive interaction on various subjects. India is proud of his accomplishments. Wishing him the very best for his future endeavours," tweeted PM Modi.

An Indian-American economist, Banerjee was awarded the Nobel Prize in Economics on October 14 jointly with French economist Esther Duflo and American economist Michael Kremer. They won the prestigious award for their experiment-based approach to tackling poverty - in the fast-growing area of development economics.

Banerjee is married to Esther Duflo and both work at the Massachusetts Institute of Technology (MIT), Cambridge, MA, US. "This year’s Laureates have introduced a new approach to obtaining reliable answers about the best ways to fight global poverty. In brief, it involves dividing this issue into smaller, more manageable, questions – for example, the most effective interventions for improving educational outcomes or child health. They have shown that these smaller, more precise, questions are often best answered via carefully designed experiments among the people who are most affected," nobelprize.org had said in a press release.

Born on February 21, 1961, in India, 58-year-old Banerjee attended South Point School and Presidency College, Kolkata, where he completed his BS degree in Economics in 1981. Banerjee has done his MA in economics from Jawaharlal Nehru University (JNU), Delhi in 1983. He has done PhD in 1988 from Harvard University, Cambridge, USA.

He is also the co-founder of the Abdul Latif Jameel Poverty Action Lab along with Duflo and Sendhil Mullainathan. He also served on the UN Secretary-General’s High-level Panel of Eminent Persons on the Post-2015 Development Agenda.

Earlier, PM Modi had congratulated Banerjee. "Congratulations to Abhijit Banerjee on being conferred the 2019 Sveriges Riksbank Prize in Economic Sciences in Memory of Alfred Nobel. He has made notable contributions in the field of poverty alleviation," PM Modi had tweeted.