The encounter started after terrorists tried to stop a car on the National Highway (NH) 244 but the car driver did not stop the vehicle and immediately informed the Quick Reaction Team (QRT) of the Army about the presence of the terrorists. 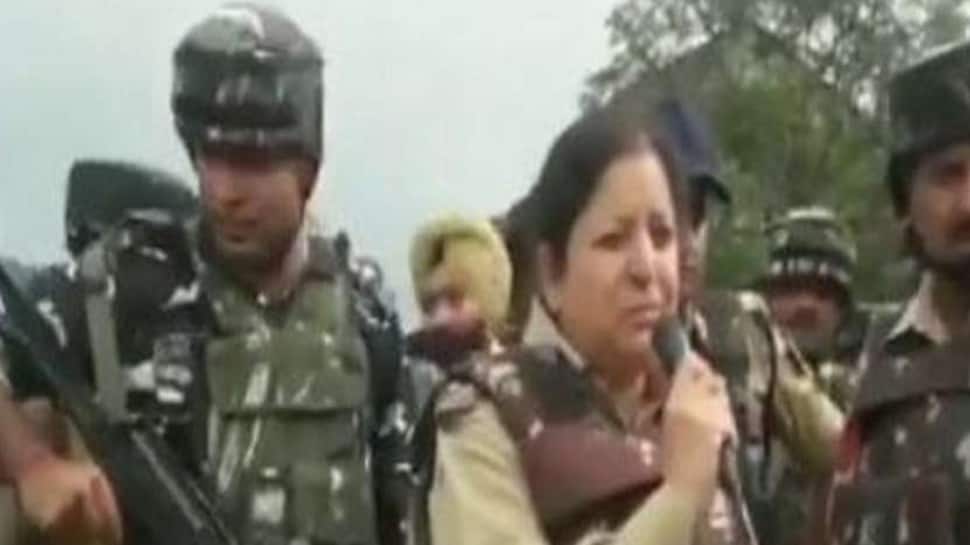 A video released on Saturday showed that Ramban SSP Anita Sharma had asked terrorists to surrender during the encounter in Batote town of Ramban before the security forces shot them dead. The three terrorists, who were holding a civilian as a hostage inside a house in Batote, were killed after an encounter. The hostage was rescued safely in a joint operation conducted by Army, Jammu and Kashmir police and CRPF officials.

"Three terrorists have been killed. The hostage has been rescued. Two police officials sustained bullet injuries and an Army personnel died. Operation is over now. They are the same terrorists who were seen in the morning," Jammu Inspector General of Police (IG) Mukesh Singh told ANI.

The encounter started after terrorists tried to stop a car on the National Highway (NH) 244 but the car driver did not stop the vehicle and immediately informed the Quick Reaction Team (QRT) of the Army about the presence of the terrorists. The Public Relations Officer (PRO), Defence, Jammu said: "The QRT reacted promptly, established contact with the two individuals and an exchange of fire took place."

The security forces cordoned the area and the terrorists opened fire on the security forces. The terrorists then hid inside a house and took an elderly man hostage. An Armyman identified as Naik Rajendra Singh was martyred in the encounter. "#LtGenRanbirSingh, #ArmyCdrNC and all ranks salute the supreme sacrifice of Naik Rajendra Singh and offer deepest condolences to the family," Northern Command, Indian Army tweeted.

Singh hails from Rajasthan's Jaisalmer and his body will be flown to his home on Sunday for last rites. Two Army personnel and one official from the Jammu and Kashmir police gor injured in the encounter.