For years Aroosa Alam continued to have ‘good relations’ with Captain Amarinder Singh and allegedly wield ‘undue influence’ in the Punjab government. 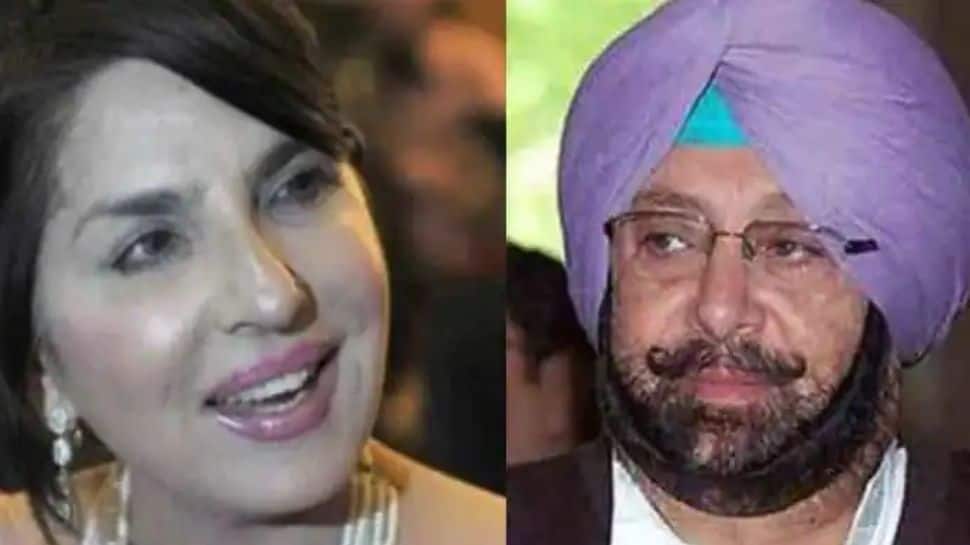 New Delhi: Call it political opportunism and betrayal engineered by some of the consigliere and the members of the kitchen cabinet of former Chief Minister Captain Amarinder Singh who witnessed the nadir of his political career leading to his ouster from the top post and disclosure of his relations with Pakistani female journalist Aroosa Alam at public domain.

For years Aroosa continued to have ‘good relations’ with Captain Amarinder Singh and allegedly wield ‘undue influence’ in the Punjab government. A person who is not present in the state but her name has been playing as a football in Punjab politics.

Those quipping and sneering her ‘unconstitutional’ powers including top police brass transfers and appointments of Chairpersons of various Boards, Pak journo’s ISI links etc. were either part of ‘maharaja’s ‘internal courtier or had themselves been facilitating meetings with her to attract ‘maharaja’s’ attention and had kept their lips sealed until the humiliating exit of Amarinder from Congress.

As an adage goes ‘your worst enemy could be your best friend' Sukhjinder Singh Randhawa who in the capacity of Deputy Chief Minister of Punjab has now announced to investigate Aroosa's ISI links was once a close lieutenant of Amarinder Singh and had even led the 42 Congress MLA’s who had under Amarinder’s leadership resigned in protest against court’s decision on Satluj Yamuna Link Canal but something brewed between Randhawa and Amarinder that he chose to take sides with Navjot Singh Sidhu led campaign against Amarinder.

Former Director-General of Police (DGP), Punjab Mohammad Mustafa who is also the principal strategic adviser to Navjot Singh Sidhu jumped in the verbal dual between the political leaders as he tweeted. “Still grappling to grasp the designs behind tweeting Congress president-Aroosa picture. Please do understand, grant of Visa by the UPA or NDA doesn’t include license to domesticate and outsource Governance apparatus to "videshi mehmaan” with unfettered liberty to loot and launder”.

‘And how about you explaining this @MohdMustafaips. Isn't that your wife & daughter-in-law with the same lady? How low can you get? Mixing politics with friendship! #AroosaAlam
personally cherishes these & many more such memories with your family’: @capt_amarinder pic.twitter.com/rvC3u6laJb

To counter Mustafa’s salvo, Amarinder Singh through his media advisor Raveen Thukral, tweeted Aroosa Alam’s photographs with Mustafa’s wife cabinet minister Razia Sultan and his daughter in law to prove Mustafa’s close relations with Aroosa ‘And how about you explaining this, Isn't that your wife & daughter-in-law with the same lady? How low can you get? Mixing politics with friendship! personally cherishes these and many more such memories with your family’.

A day after Sukhjinder Singh Randhawa’s announcement to investigate into the ISI links of Aroosa Alam former MLA Navjot Kaur Sidhu who is also the wife of her namesake husband  Navjot Singh Sidhu claimed that all the significant police postings and appointments of the  Chairman’s of various Boards etc in Punjab was not made without offering ‘gift’s and attaché’s’ (bags full of money) to Aroosa who, she claimed,  has now fled to Dubai and UK with the money.

Despite several attempts, Aroosa Alam couldn’t be contacted for her comments.

Since Captain Amarinder Singh is trying to find his lost political ground amidst rumors of him joining hands with Bhartiya Janta Party (BJP) and Congress concocting theories to cover up its unfulfilled pre-poll promises the Aroosa issue is believed to be diverting attention but has given enough ammo to the opposition political parties including AAP and  SAD (B).