Ghosh said despite being an MP, I and other leaders of BJP are not given time by the Superintendents of Police and the District Magistrates in West Bengal. 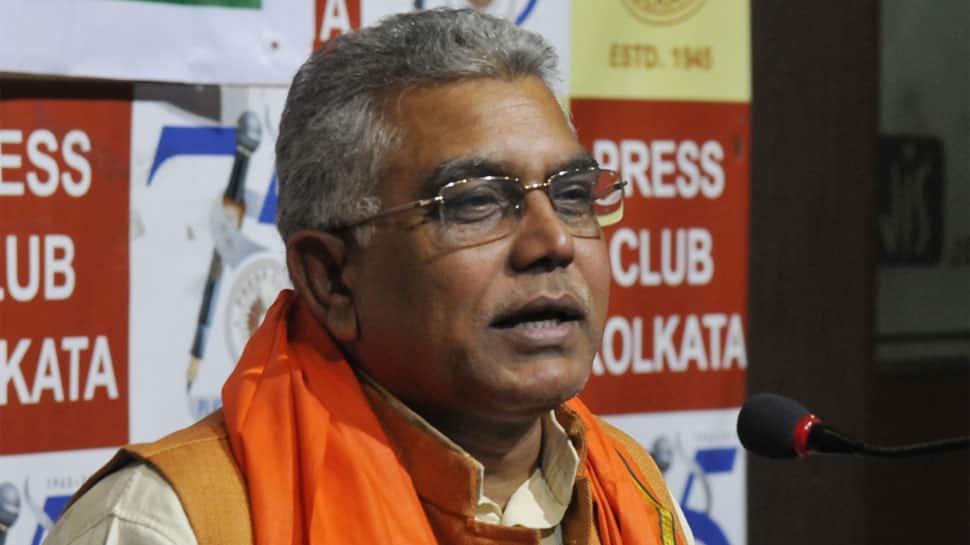 New Delhi: Member of Parliament from West Bengal`s Medinipur constituency Dilip Ghosh on Tuesday hit out at Mamata Banerjee led West Bengal government accusing it of doing "untouchability politics" and that there was "no democracy" in the state.

Explaining his charge on the Trinamool government, Ghosh referred to one incident when he had a word with a Trinamool Congress leader at a function, the BJP state unit chief said that particular leader was issued a show-cause notice by his party.

"Politics of untouchability is being spread in West Bengal by the government," Ghosh was speaking during motion of thanks on the President`s address in the Lok Sabha.

Ghosh said despite being an MP, I and other leaders of BJP are not given time by the Superintendents of Police and the District Magistrates in West Bengal.

The 56-year-old Bharatiya Janata Party (BJP) leader accused the Mamata Banerjee government of "discriminating" against the saffron party leaders and alleged that they were not even allowed to arrange functions to celebrate the central government`s or Prime Minister`s Narendra Modi`s achievements.

"There is no democracy in West Bengal."

The MP accused the state government of welcoming "infiltrators" from Bangladesh and opposing the Prime Minister`s entry into the state.

Talking about the ongoing agitation against the Citizenship Amendment Act (CAA), Ghosh said maximum properties have been damaged in West Bengal by the anti-CAA protesters. Noting that the political parties who have professed allegiance to the constitution to oppose CAA -- which grants citizenship to six non-Muslim communities comprising Sikh, Hindu, Jain, Parsi, Buddhist, and Christian who migrated to India from Bangladesh, Pakistan and Afghanistan on or before December 31, 2014.

The law which was passed in Parliament on December 11, 2019, during winter session and came into force on January 10.

The MP said they have already made the Constitution look just like only a bundle of paper. Ghosh said that there was a time when Communist Party of India (Marxist) was on top but its seats reduced because it cheated the people and now they are limited to only three seats. "A time will come when CPI-M will be reduced to zero," he added.

Hitting out at the opposition, the MP said: "You say no to CAA but a time will come when people will say no to TMC, no to Congress and no to CPM."