The overall AQI level recorded at 6 am in Delhi was 708. The Noida region recorded AQI at 720 and Gurugram at 833 both being at 'hazardous' level. The air quality was marked as 'critical' at 3 am in the NCR region on Monday. 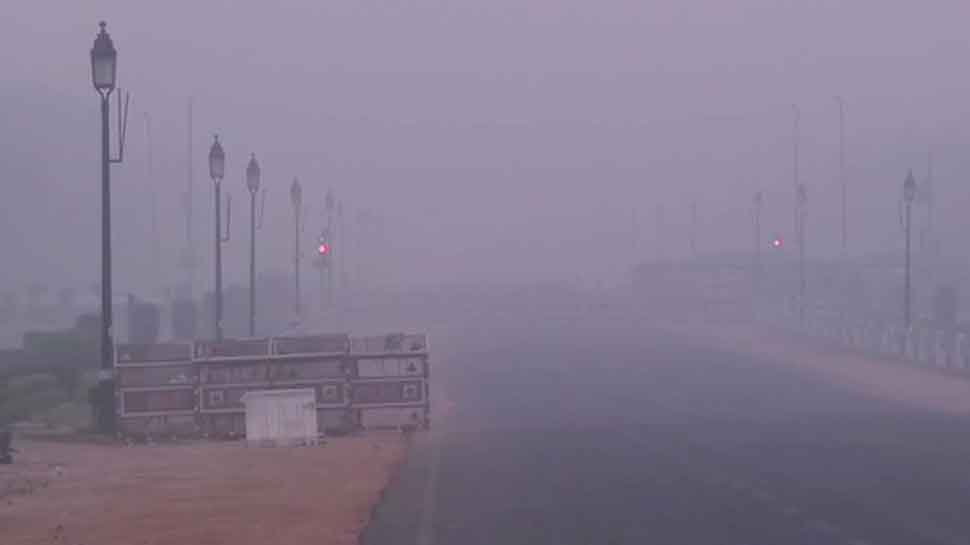 New Delhi: The pollution level in Delhi-NCR continues to remain hazardous on Monday as the overall AQI level recorded at 6 am in the national capital was 708. The Noida region recorded AQI at 720 and Gurugram at 833 both remaining at 'hazardous' level. The air quality was marked as 'critical' at 3 am in the NCR region on Monday.

The Delhi-NCR on Sunday observed a drastic increase in the AQI level which went more than 1000 at several places. The pollution spiked in Delhi and adjoining areas even after light rain showers on Saturday and Sunday.

The AQI is expected to remain in the 'severe' category and reduced magnitude will only be realized by today evening. However, the rain probability is increasing as the weather remains cloudy. The rain is likely to bring relief in the Delhi-NCR till November 5.

Schools in Delhi and Uttar Pradesh will remain closed till November 5 as per the order issued by the government. To curb the problem of pollution the Delhi government has implemented the odd-even scheme which will begin from today in the national capital. The scheme will remain in place till November 15 and will be applicable from 8 am to 8 pm.

The Delhi government has also issued a health advisory to help people fight the severe air pollution level plaguing the national capital since Diwali. The advisory has a lot of Do's and Dont's mentioned in it which would help people in the critical situation.

The Central government too has taken note of the rising pollution level in Delhi and adjoining areas as PK Mishra, Principal Secretary to Prime Minister held a high-level review meeting with senior officials from Punjab, Haryana and Delhi on Sunday through video-conferencing to discuss on the matter. During the meeting, Principal Secretary was informed that about 300 teams are in the field in Delhi to reduce air pollution and necessary machinery for this work has been distributed in the states.