PM Modi along with five other world's most outstanding environmental changemakers has been given the Champions of the Earth Award. 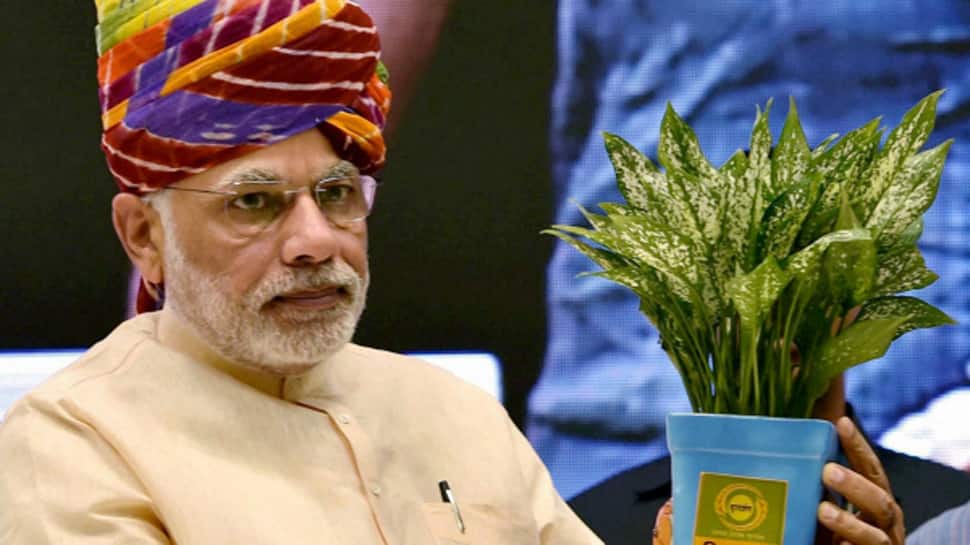 NEW DELHI: Prime Minister Narendra Modi on Thursday dedicated UN's highest environmental honour bestowed on him to the people of India. Speaking about the impact of environmental changes, the PM said that the struggle with nature has brought destruction both on the humankind as well as on nature.

PM Modi along with five other world's most outstanding environmental changemakers was on Wednesday given the Champions of the Earth Award. PM Modi has been given the award for his leadership of the International Solar Alliance and pledge to eliminate single-use plastic in India by 2022.

Accepting the award, PM Modi said: "This is not an honour given to a person but rather for the great Indian tradition through which for centuries we have been taught the values of coexistence with nature. I am delighted that the human race has begun to accept the importance of nature. The struggle with nature has brought destruction both on humankind as well as on nature. In this changing situation, all of us putting the emphasis on protecting nature.

"In the pursuit of climate justice, India fully stands with the world and is ready to march shoulder to shoulder with everyone in order to achieve this goal. I would reiterate that this is the honour of the 12.25 billion Indians and the ancient Indian tradition. Therefore with this honour, I salute the great tradition and thank you all."

Announcing the award, the UN Environment Programme said: "This years' laureates are recognised for a combination of bold, innovative and tireless efforts to tackle some of the most urgent environmental issues of our times."

Cochin International Airport has also been honoured this year with the award for Entrepreneurial Vision, for its leadership in the use of sustainable energy. "Cochin is showing the world that our ever-expanding network of global movement doesn't have to harm the environment. As the pace of society continues to increase, the world's first fully solar-powered airport is proof positive that green business is good business," UNEP said.