The traffic police detained the car owner on the grounds of having no valid papers of the car and also because the car was having no number on it. 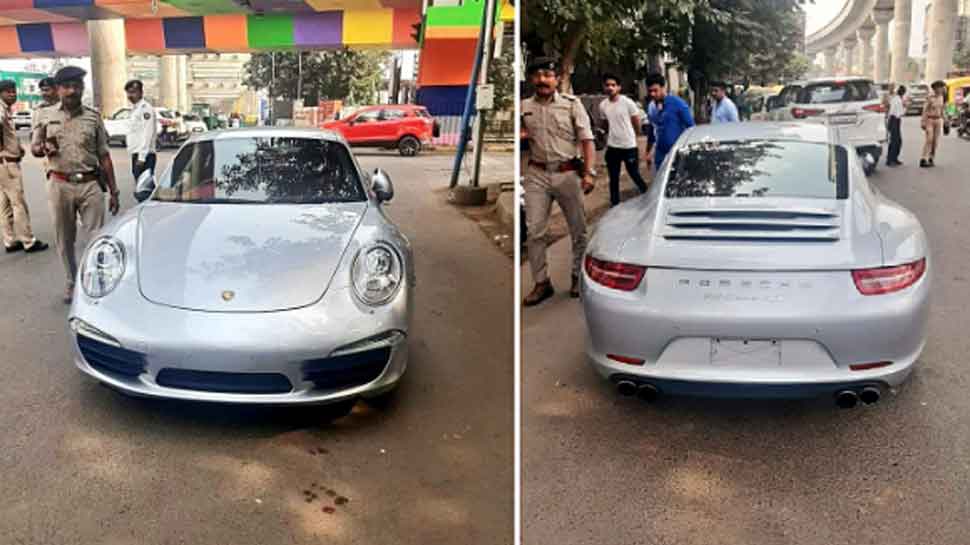 Ahmedabad: After the imposition of the new Motor Vehicle Act, traffic fine amounting to 9.8 lakh was charged to an Ahmedabad's car owner, on Saturday (November 30) for violation of traffic rules. The fined car owner was driving a Porsche car which nearly amounts to two crore rupees.

This is said to be the highest amount of fine recorded yet after the new rule came into force on September 1, 2019.

The traffic police detained the car owner on the grounds of having no valid papers of the car and also because the car was having no number on it. The car owner was heavily fined under the new traffic law.

According to information, the car owner has cleared his dues.

Earlier, there has been news of challan imposed on people riding cycles without helmet, in Ahmedabad.

In  November 24, Union Road Transport and Highways Minister Nitin Gadkari replying to a question in Lok Sabha said that nearly Rs 577 crore has been collected from since September 1 when the amended Motor Vehicle Act came into force across the country.

Several incidents of hefty challans issued by traffic police for violating traffic rules have grabbed headlines after the MV Act came into effect.