The Prime Minister did not name senior Congress leader Digvijay Singh but attacked him for terming the Pulwama terror attack as an "accident". 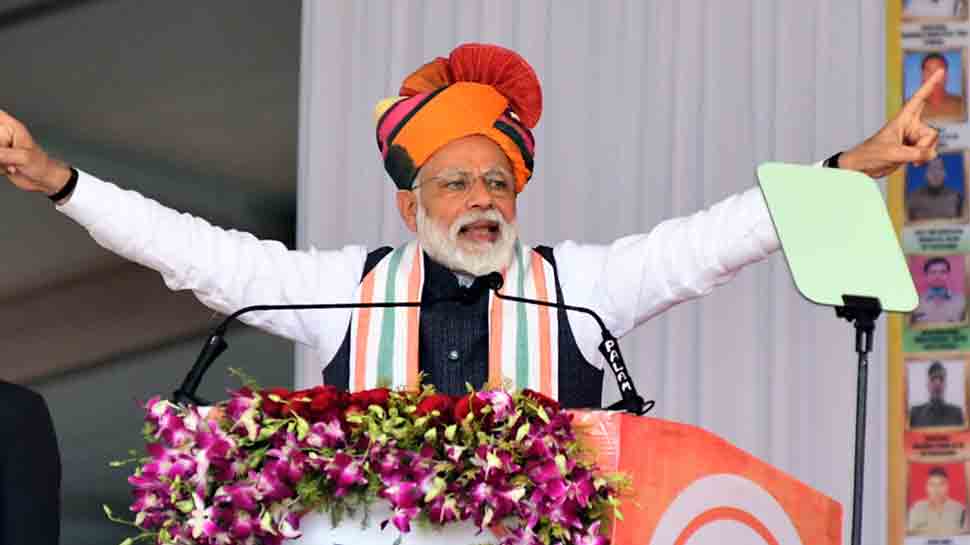 New Delhi: Prime Minister Narendra Modi on Tuesday came down heavily on Congress and other political parties for seeking clarification from the government over the airstrikes carried out by Indian Air Force on a Jaish-e-Mohammad terror camp in Pakistan saying that they “are trying to weaken the position of India”.

Dubbing the opposition as 'poster boys' of Pakistan for not trusting the valour of armed forces and seeking proof of IAF's action, Modi said the airstrikes happened in Pakistan but "some of those sitting in India were hit by it".

"These 'mahamilavati' persons have become poster boys of Pakistan....They are misleading people of the country and trying to demoralise our armed forces by asking for proofs of the IAF air strike," Modi told a rally in Dhar in Madhya Pradesh.

The Prime Minister did not name senior Congress leader Digvijay Singh but attacked him for terming the Pulwama terror attack as an "accident".

Meanwhile, Home Minister Rajnath Singh on Tuesday said the number of terrorists killed in the daring pre-dawn airstrikes carried out by 12 Mirage-2000 fighter jets of Indian Air Force on Jaish-e-Mohammed's training camp in Pakistan's Balakot would come out in open "today or tomorrow".

The Home Minister added that the surveillance carried out by National Technical Research Organisation (NTRO) had revealed that around 300 active mobile phones were present at Jaish's terror camp in Balakot before it was completely decimated by the IAF's airstrikes on February 26.

Rajnath also slammed the Congress and other opposition parties for politicising the airstrikes and asked the opposition to visit Balakot and count the bodies if they want to know how many terrorists were eliminated in February 26's operation of IAF.

"Some leaders of the other political parties are asking how many terrorists were killed in the IAF strike. Today or tomorrow, it will be known. Pakistan and their leaders' heart know how many were killed," Singh said while addressing a gathering after inaugurating a border project of the Border Security Force.

Taking a dig at the opposition, the Home Minister asked, "Should our Air Force go and count the bodies after the attack -- 1, 2, 3, 4, 5...? What is this joke? The NTRO, which has an authentic system, said that 300 mobile phones were active (at the Balakot site). Were these mobile phones used by the trees? Now will you (opposition) not believe the NTRO also?"