BJP MP Pragya Singh Thakur on Saturday staged a dharna outside a police station in Bhopal demanding the registration on an FIR against a Congress MLA who allegedly threatened to "burn" for calling Nathuram Godse, the assassin of Mahatma Gandhi, a 'patriot'. 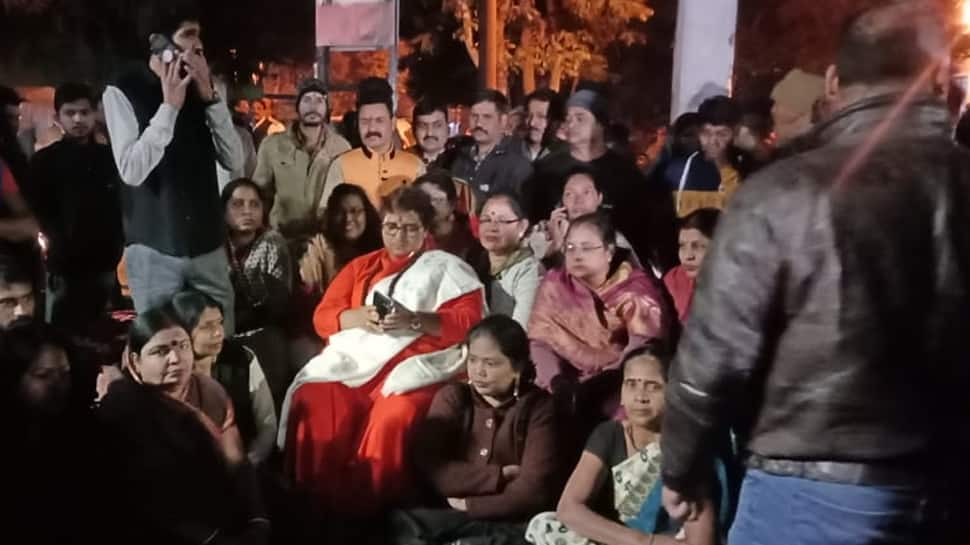 BJP leader and Bhopal MP Pragya Singh Thakur on Saturday (December 7) staged a dharna outside a police station in Bhopal demanding the registration on an FIR against a Congress MLA who allegedly threatened to "burn" for calling Nathuram Godse, the assassin of Mahatma Gandhi, a 'patriot'.

On November 27, Sadhvi Pragya had sparked a huge political row by saying in Lok Sabha that Godse was a 'patriot'. Pragya was strongly condemned by her party colleagues and opposition leaders and she apologised on November 28.

Meanwhile, Congress MLA from Biaora in Madhya Pradesh, Govardhan Dangi, slammed Thakur by saying that "we will not only burnt her effigy, but if she comes here, we will burn her too". Dangi later issued an apology for his controversial statement.

On Saturday (December 7), Pragya Thakur reached the police station with several of her supporters and demanded that an FIR must be registered against Dangi for threatening her. The police said that Dangi belongs to Biaora an FIR can be registered only in Biarora. Pragya Thakur later ended her dharna at around 11:00 pm after receiving assurance from police officers that they will register a complaint against the Congress MLA.

When asked whether she will go to Biaora to register an FIR against Dangi, Pragya Thakur did not give a clear reply and said that she will continue her fight against the Congress MLA from Bhopal only.